Senior White House Covid-19 adviser on vaccine distribution: 'Saturday, we're going to be shipping more doses than states have ever received before' 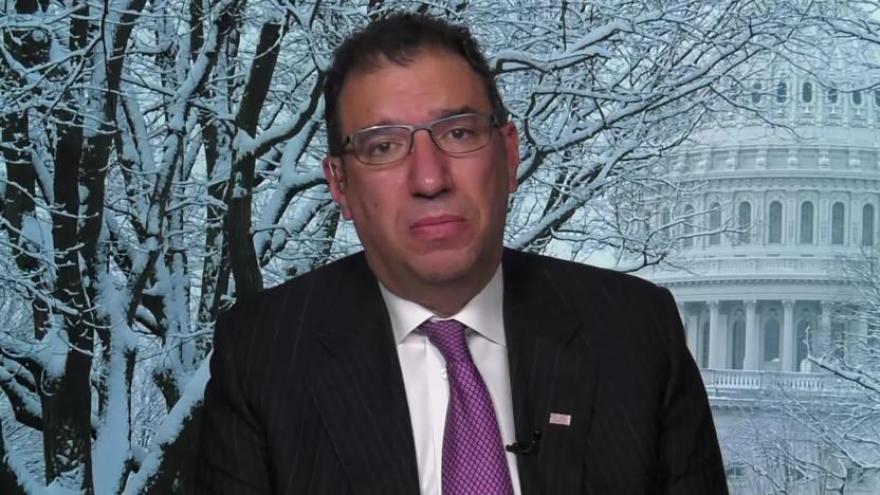 States will receive more doses of Covid-19 vaccines than they "have ever received before" in the coming days, Andy Slavitt, a senior adviser to the White House Covid-19 response team, said Friday.

(CNN) -- States will receive more doses of Covid-19 vaccines than they "have ever received before" in the coming days, Andy Slavitt, a senior adviser to the White House Covid-19 response team, said Friday.

Slavitt told CNN's Wolf Blitzer that after severe winter weather delayed shipments of vaccines, "things are moving back to normal," and that 1.85 million Americans received vaccinations on Friday.

"We're really hoping everybody pulls together, because the country together can get us back on track," he added. "And we're going to do our part by getting these vaccines out starting this weekend and over the next couple of days."

News of the bulked up shipments comes after White House press secretary Jen Psaki said Thursday that the White House was working to move up scheduled deliveries, surge shipment operations and potentially extend hours at vaccination sites in light of extreme weather in parts of the country, including a hard-hit Texas, causing delays in Covid-19 vaccine shipments and deliveries.

Slavitt said during a White House news briefing earlier Friday that there is a backlog of about 6 million Covid-19 vaccine doses due to bad weather in parts of the country and that all 50 states have been affected. More than 2,000 vaccine sites are located in areas with power outages and unable to receive doses, he said, citing expiration concerns.

FedEx acknowledged that it was making Saturday deliveries, but has not told CNN how many sites it plans to deliver to on Saturday.

Speaking to Blitzer on Friday, Slavitt also cautioned against putting too much stock in data showing that a single dose of the two-dose vaccines may be enough to offer protection against Covid-19, saying that if there's "one thing that I have learned over the last year is to be careful with the single headline study reports."

Asked about the high number of US service members who have so far refused doses of the vaccine, Slavitt said it was important not to "overreact or underreact to news about people on the first go around decided not to take the vaccine."

He added that it was "important that if they have a legitimate question about the vaccine, they not be ostracized."