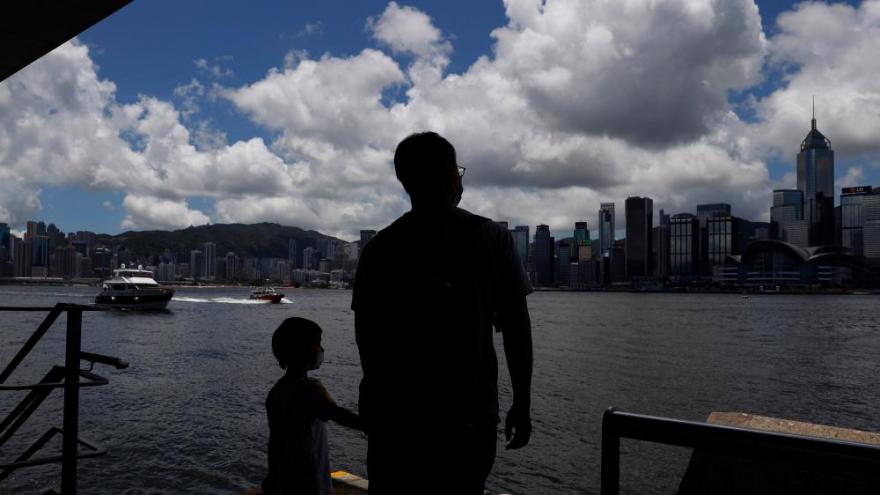 (CNN) -- The Senate passed a pair of bills by unanimous consent Thursday that would punish China for moves its making that lawmakers fear will crush democratic freedoms in Hong Kong.

One of the bills, the Hong Kong Autonomy Act, would impose sanctions on businesses and individuals that help China restrict Hong Kong's autonomy. That bill was authored by GOP Sen. Pat Toomey of Pennsylvania and Democratic Sen. Chris Van Hollen of Maryland.

"What the government of China is doing in Hong Kong is unacceptable," Van Hollen said on the floor. "They are taking away the rights of people in Hong Kong. They are snuffing out freedoms that exist there right now."

A second measure from Missouri Republican Sen. Josh Hawley is a resolution condemning China for violating a 1984 agreement to guarantee autonomy for Hong Kong.

Hawley said a new national security law being adopted by China would "deal a mighty blow to the freedoms and liberties that Hong Kongers have enjoyed for decades now. It's a permanent break from the one country, two systems principle that has governed that city since 1997."

The measures, which were combined into one bill before passing, still need to be passed in the House before going to President Donald Trump's desk.

Van Hollen said he hopes Trump will sign the bill, but also raised concerns that the White House could have already imposed sanctions under current law and that "despite some statements from the secretary of state, this administration is still taking no action" to rebuff China on Hong.