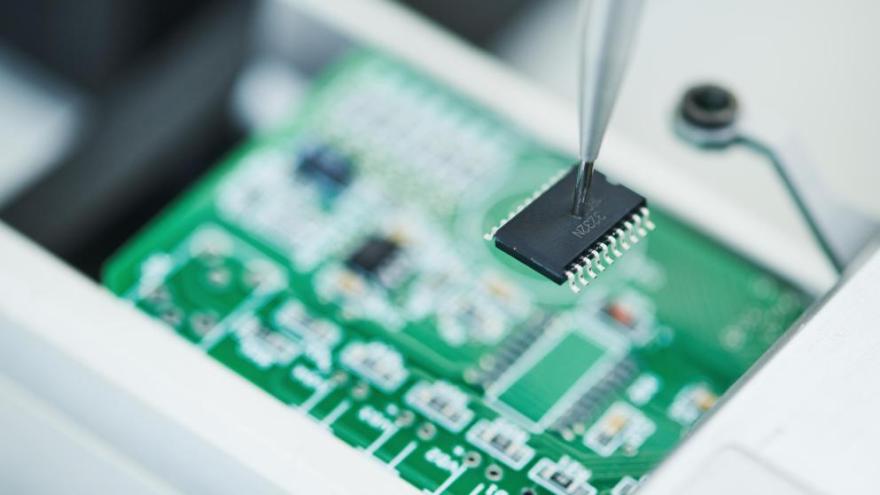 (CNN) -- The Senate voted Wednesday to pass a long-awaited bill aimed at boosting US semiconductor production in a bid to increase American competitiveness.

It passed with broad bipartisan support, 64 to 33.

The measure now goes to the House for approval before it can be sent to President Joe Biden for his expected signature.

The legislation is aimed at addressing a semiconductor chip shortage and making the US less reliant on other countries such as China for manufacturing. Supporters say the measure is important not only for US technological innovation, but for national security as well.

It sets up incentives for domestic semiconductor manufacturing as well as research and development and includes more than $50 billion in funding for that aim. It includes a number of provisions aimed at bolstering scientific research, including authorizing billions of dollars for the National Science Foundation, the Department of Commerce and the National Institute of Standards and Technology.

Senate Majority Leader Chuck Schumer has praised the bill as a major bipartisan achievement and touted it as highly consequential.

"It's a major step for our economic security, our national security, our supply chains and for America's future," Schumer said of the legislation in remarks on the Senate floor this week.

Schumer described the bill as "one of the most consequential bipartisan achievements of this Congress."

"It will make historic investments to scientific research. It will take direct aim at our nation's chip crisis," he said.

GOP Sen. Todd Young of Indiana, who worked closely with Schumer and other senators over a long process of negotiations praised the bill for "unleashing the potential of our people in outcompeting and out innovating our global rivals who don't share our values or economic interests."

But the bill has not escaped all criticism.

Republican Sen. Rick Scott of Florida told CNN's Erin Burnett on "OutFront" Wednesday evening, "This is not an anti-China bill. This is not a national security bill."

"This is just a free giveaway to a bunch of billion dollar corporations that wanted no accountability," he said.