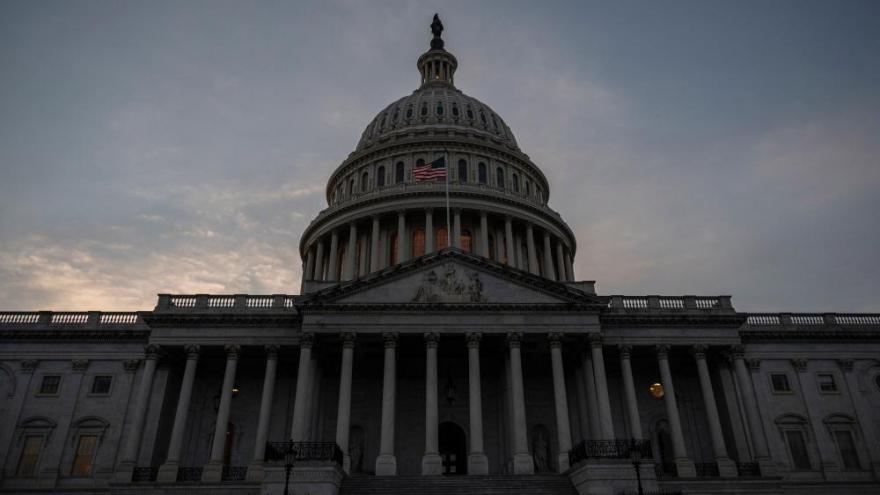 The Senate parliamentarian has rejected Democrats' third attempt to include immigration their economic bill.

It's the latest hit to the Biden administration's immigration agenda and likely marks the end of the road for providing protections to millions of undocumented immigrants through the budget process known as reconciliation, which would not require GOP votes.

Senate Parliamentarian Elizabeth MacDonough advises the chamber on how its rules, protocols and precedents should be applied as Democrats and the White House figure out what they can include in the massive spending bill.

In her ruling, MacDonough wrote the third argument for immigration provisions in the economic bill "is not much different in its effect than the previous proposals we have considered."

"These are substantial policy changes with lasting effects just like those we previously considered and outweigh the budgetary impact," she added.

Democratic aides had pushed for the third attempt, dubbed "Plan C," before MacDonough and her staff weeks ago after she struck down two other attempts to include more extensive immigration provisions in the bill.

A White House spokesperson called the decision "disappointing" Thursday evening, saying it "relegates millions to an uncertain and frightening future."

"The President, this Administration, and our partners on the Hill vehemently disagree with this decision and will keep fighting to give relief and protection to the many Dreamers, (Temporary Protected Status) holders, farm workers, and essential workers who are living in fear," the spokesperson said in a statement.

The group of senators who worked on the arguments to the parliamentarian said in a statement Thursday they "strongly disagree with the Senate parliamentarian's interpretation of our immigration proposal, and we will pursue every means to achieve a path to citizenship in the Build Back Better Act."

The senators who issued the joint statement, including Majority Leader Chuck Schumer, Majority Whip Dick Durbin and Sens. Bob Menendez of New Jersey, Catherine Cortez Masto of Nevada, Ben Ray Luján of New Mexico and Alex Padilla of California, added: "The American people understand that fixing our broken immigration system is a moral and economic imperative, and we stand with the millions of immigrant families across the country who deserve better and for whom we will not stop fighting."

The provisions Democrats had argued for were the same ones included in the House-passed version of the economic bill, which would provide temporary protection from deportation and work permits to undocumented immigrants who entered the US prior to January 2011 and meet a certain set of criteria. About 6.5 million people would qualify, according to an analysis by the Congressional Budget Office.

The proposed immigration provisions fell short of what Democrats had hoped for -- a pathway to citizenship -- but would still have provided some reprieve to millions of immigrants.

Durbin told reporters immediately after news of the decision came out that he was "disappointed" the Senate parliamentarian's ruling.

Democrats had seized on reconciliation to pass the immigration provisions because it would have allowed them to do so without Republican votes. Despite multiple attempts to pass immigration overhauls in recent years, efforts have fallen short.

Democratic lawmakers and immigrant advocates have been bracing for the ruling, waiting to see whether the parliamentarian would reject it as a whole or certain aspects of it, leaving room for additional modifications.

Reconciliation, however, has a strict set of rules, and provisions have to undergo a review of whether they have an impact on the budget and not just an "incidental" one.

Kerri Talbot, deputy executive director at the Immigration Hub, previously told reporters that another "Byrd bath" is expected in the event that adjustments have to be made to the Democrats' immigration plan, stressing that it's a process.

Three House Democrats -- Reps. Adriano Espaillat of New York, Chuy García of Illinois and Lou Correa of California, who have previously said they would not support the economic bill unless immigration is in it -- said in a statement Thursday evening, "We've said it before, and we will say it again: at this point, the Senate can -- and must -- reinstate a pathway to citizenship in the Build Back Better Act, even if that means disregarding the Senate Parliamentarian and bringing that vote to the Senate floor."