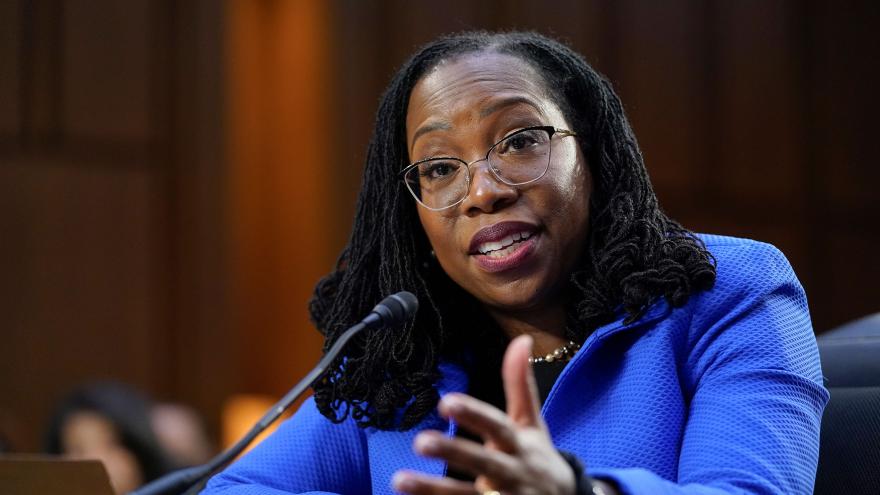 Thursday's procedural vote to limit debate and break a filibuster requires only a simple majority threshold and is expected to succeed. It is expected to take place around 11 a.m. ET.

A final confirmation vote, which also requires only a simple majority to succeed, is expected to take place in the afternoon, at around 1:45 p.m. ET.

Jackson is on track to be confirmed and will make history in the process as the first Black woman to serve on the Supreme Court. Her confirmation will not change the ideological balance of the court, but will represent a major victory for Democrats and a way for the President to deliver on a significant campaign promise.

All 50 members of the Senate Democratic caucus are unified behind the nomination and three Republicans -- Sens. Susan Collins of Maine, Mitt Romney of Utah and Lisa Murkowski of Alaska -- have announced support as well.

"We're on track to confirming Judge Jackson to the Supreme Court with a bipartisan vote, adding that to the list of accomplishments," Senate Majority Leader Chuck Schumer said earlier this week.

"I can't think of a better way to wrap up this productive, largely bipartisan, work period than by confirming this historic nominee to the Supreme Court," he added.

After Thursday's procedural vote, there are up to 30 hours of additional debate time allotted for the nomination. But that time can be yielded back.

Schumer had said earlier in the week that the final vote could take place as soon as Thursday. A two-week recess is set to begin at week's end.

"The stage is set," the New York Democrat said this week. "People can delay in terms of time, but they can't delay the vote and we know the vote is going to pass."