Senate GOP breaks with Trump's message on Covid-19 testing: 'We ought to step it up' 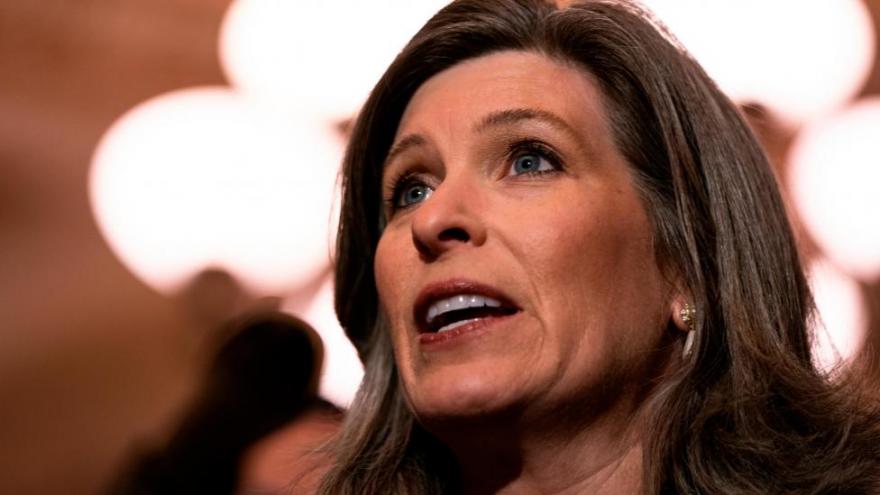 President Donald Trump likes to boast about how well testing for Covid-19 is going in the United States, saying just this week: "We have the greatest testing in the world."

(CNN) -- President Donald Trump likes to boast about how well testing for Covid-19 is going in the United States, saying just this week: "We have the greatest testing in the world."

A wide range of GOP senators on Thursday had a far different message: Much more needs to be done to ramp up testing before the country can safely reopen.

"We ought to step it up," Senate Appropriations Chairman Richard Shelby, a Republican of Alabama, told CNN. "We ought to make the test as quickly as we can, accelerate it and do it. I think it's key to getting people back to give them confidence and also ascertaining who is carrying the virus."

Sen. Joni Ernst, an Iowa Republican up for reelection this year, said, "We just really want to ramp up testing. We need more tests produced ... because I think consumer confidence would certainly be better if we could be testing out there, get the economy up and going."

Republicans say that testing availability has improved significantly in recent weeks, but they contend it's still far from where it needs to be to keep the number of cases from dramatically increasing and to allow Americans to return to work. Democrats are already pushing to dramatically expand money for testing in the next relief package, something that could gain bipartisan support.

"There are still shortfalls; I mean, we got to address the shortfalls," GOP Sen. Shelley Moore Capito of West Virginia said of testing. "In perspective, it's much, much better than it was but it's still not where it needs to be."

On Thursday, the Senate Health, Education, Labor and Pensions Committee heard testimony from National Institutes of Health Director Francis Collins, who announced a new program "to help make millions more accurate and easy-to-use tests per week available to all Americans by the end of summer, and even more in time for the flu season."

Collins acknowledged shortfalls in existing tests, noting that one of the rapid coronavirus tests, the Abbott ID Now machine, has about a 15% "false negative rate," meaning roughly 15% of patients are told they are negative for the disease when they are in fact positive. There are just 18,000 of those rapid machines performing the 15-minute tests right now, Collins said.

"If you're in a circumstance where you really, really don't want to miss a diagnosis of somebody who's already carrying the virus, you'd like to have something that has a higher sensitivity than that," Collins said. "And I know they're working on how to make that happen."

Sen. Lamar Alexander, a Tennessee Republican who's chairman of the committee, told CNN that "it's impressive what we've done" in terms of testing, noting it's far more than the rest of the world.

"But it's even more impressive about what we've got left to do," said Alexander, who helped secure provisions in the latest rescue package to promote efforts to find new technologies aimed at improving testing.

"We need to be producing tens of millions of tests in order to be able to get all the campuses open, 100,000 public schools open," Alexander said. "We've never tried to do that before in this country."

In the US, around 8.1 million tests have been done so far. The White House said last month that its goal was for each state to have the capacity to test 2% of its population, with 2 million tests per week by the end of May.

The issue of testing is bound to become a focus in the next relief package Congress may soon consider. After approving $25 billion for testing in the latest legislation, three House Democrats -- Agriculture Chairman Collin Peterson of Minnesota along with Reps. Filemon Vela of Texas and Lisa Blunt Rochester of Delaware -- urged congressional leaders to include an additional $250 billion for testing and contact tracing in the next package.

Many say the focus needs to be on improving the capacity of rapid tests.

"It's not the number of tests that are out there -- it's the speed of the test result," said Sen. James Lankford, a Republican of Oklahoma, calling for more tests where patients could have results within minutes. "We're not at that point but we need to be at that point."

While Republicans are sounding the alarm, few of them are willing to criticize Trump's rosy assessment, with Sen. Kevin Cramer of North Dakota arguing the President simply has been "consistently optimistic" and Sen. Marco Rubio of Florida saying Trump has a "tricky balancing act" between "being realistic and open about the reality before us."

Asked if Trump's positive rhetoric is the right message to send, Ernst said: "I would refer to the White House on their facts and figures," adding: "To get students back to school in the fall and again open up all these businesses, we just really need to have a lot of tests."