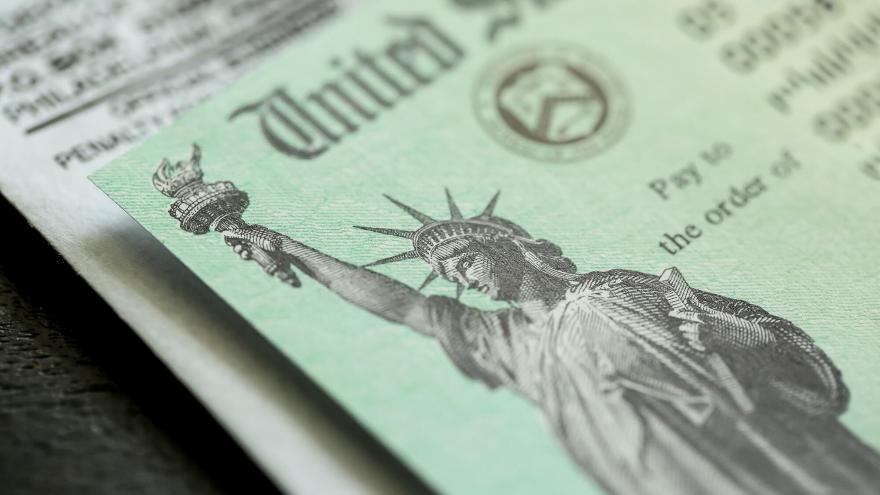 President Joe Biden agrees to a compromise with moderate Democrats to narrow the income eligibility for the next round of $1,400 stimulus checks that are included in a bill the Senate is expected to take up.

(CNN) -- President Joe Biden has agreed to a compromise with moderate Democrats to narrow the income eligibility for the next round of $1,400 stimulus checks that are included in a bill the Senate is expected to take up this week, a Democratic source told CNN Wednesday.

That means 7 million fewer families will receive a partial payment than would have under the House version of the bill, according to an estimate from the Penn Wharton Budget Model. The new proposal will completely cut off those who earn more than $160,000 a year and individuals who earn more than $80,000 a year.

But the same households will receive the full payment of $1,400 per person, including children. Individuals earning less than $75,000 and couples earning less than $150,000 will -- just as in the House bill. Then, the payments will phase out faster for those earning more.

Unlike the previous two rounds, adult dependents -- including college students -- are expected to be eligible for the payments.

The House bill had already narrowed the eligibility compared earlier rounds of stimulus payments. It still would have sent money to more than 93% of tax filers, according to estimates from both the Penn Wharton Budget Model and the nonpartisan Tax Foundation. The Senate version will deliver money to about 90% of families.

What's already been paid out

The federal government sent about 160 million payments worth up to $1,200 per person last year, reaching about 94% of families. Some households that earned more than $200,000 a year were eligible, depending on how many children they had.

In January, a second round of checks worth up to $600 were delivered to about 158 million households, or 92% of families. They phased out a little faster because the amount was smaller. The new round included in the current bill is designed to top off the $600 checks so that individuals receive a total of $2,000 this year.

The first round of payments that went out last year got money into people's pockets extremely fast, partly because there weren't a lot of eligibility requirements to slow down the delivery process. The trade off was that some of the money went to people who didn't need it to pay their bills or make rent.

Some economists agree that new direct payments should be more targeted, arguing that the money that has gone to individuals not financially hurt by the pandemic does little to help the economy.

West Virginia Sen. Joe Manchin, a key moderate Democrat, said Wednesday he is "very pleased" with changes being made to the Covid relief bill, strongly signaling he's ready to vote for the bill although stopping short of directly saying so. He had pushed to make the stimulus payments more targeted.

Senate Democratic leaders are set to move the bill forward this week but are continuing to finalize the text. With a 50-50 party split, they will need the support of the entire caucus.

The stimulus payments are just one part of a sweeping $1.9 trillion Covid relief bill backed by Biden that also includes a federal boost to unemployment benefits, aid for small businesses, and money for vaccine development and testing.