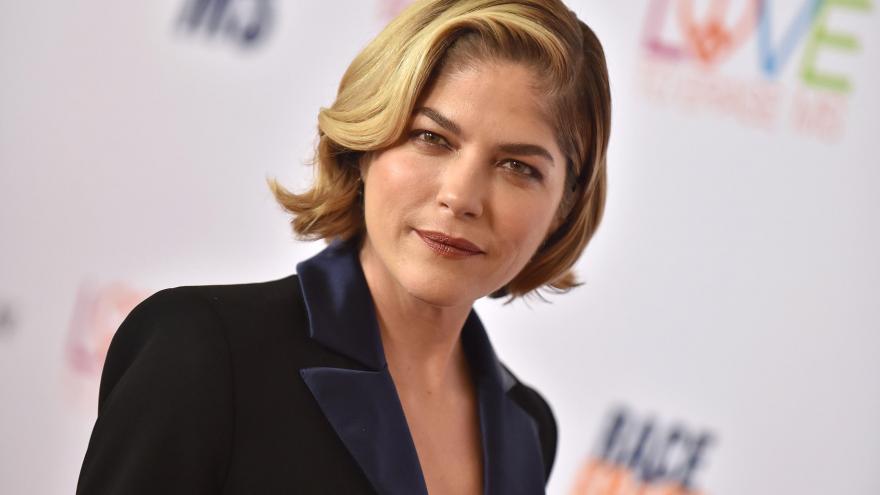 (CNN) -- Selma Blair believed she was "shooting the final days of (her) life" at one point during the filming of an upcoming documentary following her battle with multiple sclerosis (MS), a trailer for the movie reveals.

The actress, best known for her work in films like "Cruel Intentions" and "Legally Blonde," was diagnosed with the condition in 2018.

The two-minute trailer, released Thursday, begins with the actress walking cautiously down a flight of stairs in her home, as she says in the voiceover: "I always thought I was on a reality show."

"Like I was in a documentary, but only God would see it and disapprove," she added while getting to the bottom of the stairs and striking a pose in the mirror.

There are moments when the 49-year-old star's humor gives way to quiet reflection as she shares her video diaries shot in the hospital while undergoing chemotherapy.

"I was told to make plans for dying," Blair said in the trailer. "Not because I have MS, because I'm fighting MS."

When Blair first revealed her diagnosis in 2018, she said she had been experiencing symptoms for years, leading her to believe she might have had the disease for more than a decade.

"I have Multiple Sclerosis. I am in an exacerbation," she wrote in an Instagram post at the time.

"I am disabled. I fall sometimes. I drop things. My memory is foggy. And my left side is asking for directions from a broken GPS. But we are doing it."

According to the Mayo Clinic, multiple sclerosis is a lifelong condition that affects the brain and spinal cord and causes the immune system to attack the protective sheath (myelin) that covers nerve fibers. This can lead to problems with vision, arm or leg movement, sensation, or balance.

"Introducing, Selma Blair" will debut in theaters on October 15 before it becomes available on the Discovery+ streaming service on October 21.