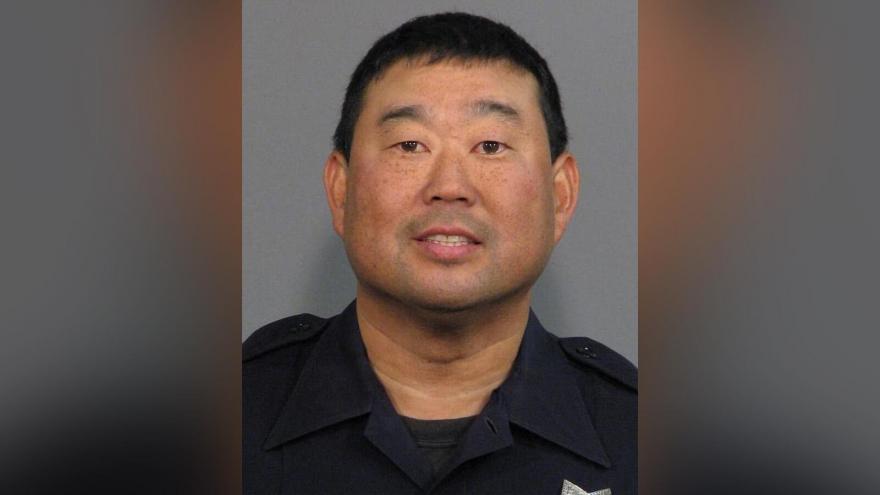 Kevin Nishita was working security on Wednesday afternoon for a news crew covering a story in downtown Oakland when someone attempted to rob the crew and Nishita was shot, according to Oakland Police.

San Francisco news station KRON4 said Nishita had been working security for one of its crews.

"We are devastated by the loss of security guard and our friend, Kevin Nishita. Our deepest sympathy goes to Kevin's wife, his children, his family, and to all his friends and colleagues.

"This senseless loss of life is due to yet another violent criminal act in the Bay Area. We hope that offering a reward will help lead to the arrest of those responsible so they can face justice for this terrible tragedy," KRON4's Vice President and General Manager Jim Rose said in a statement emailed to CNN.

In a post to Twitter Saturday, Oakland Police said a $27,500 reward for information leading to an arrest in the case had been increased to $32,500

Oakland police also released a surveillance photo Saturday of a vehicle they believe was involved in the attempted robbery and killing of Nishita, a 2004 to 2008 Acura TL, white, 4-door, with a sunroof and no front license plate.

Oakland Police said Wednesday that the guard had been taken to hospital after the shooting, which took place around midday.

It said the attack followed "an extremely violent week" and that staffing would be increased to respond to violent crime in the city.

"Last weekend, the City of Oakland was inundated with armed roving caravans who targeted dozens of businesses, including pharmacies, retail shops, and a large number of cannabis operations," a statement from the police department said.