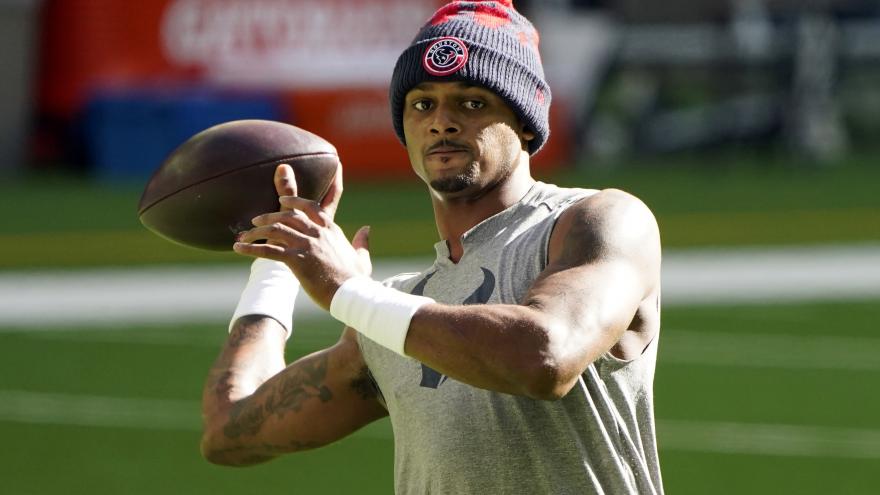 "After a careful and thorough review of the facts and evidence documented in the reports prepared by the Brazoria County Sheriff's Office and the Houston Police Department, as well as hearing testimony from witnesses, the Grand Jury for Brazoria County has declined to charge Deshaun Watson with any crimes," District Attorney Tom Selleck said in a written statement.

The statement did not specify what allegations were being considered by the grand jury against Watson. He is facing 22 civil lawsuits, many of them alleging sexual assault and misconduct.

Since the lawsuits were filed, Watson has been traded to the Cleveland Browns. The Browns have defended signing Watson, saying they carried out a "comprehensive evaluation" beforehand.

Watson is also being investigated by the NFL, and if he is found to have violated league rules, he likely would be suspended.

NFL spokesperson Brian McCarthy said: "We continue to closely monitor all developments in the matter which remains under review of the personal conduct policy."

Two weeks ago, a Harris County grand jury declined to charge Watson over allegations of harassment and sexual misconduct.

After that decision, Watson's lead attorney Rusty Hardin said in a statement he was "delighted."

"Deshaun Watson did not commit any crimes and is not guilty of any offenses. Now that the criminal investigations have been completed, we are happy to move forward with the civil case depositions," Hardin said. "We will vigorously defend those cases with every ounce we have."

CNN reached out to Hardin again on Thursday.

"It's definitely a very emotional moment for me. I know we're far from being done of handling what we need to handle (legally)," Watson said then. "I thank my Lord and savior, Jesus Christ, for letting the truth be heard."

The quarterback said at the time he was ready to get back on the field.

Watson is an NFL superstar, having been selected for three Pro Bowls in his five seasons with the Houston Texans. He did not play during the 2021 season because of the investigations into the allegations.