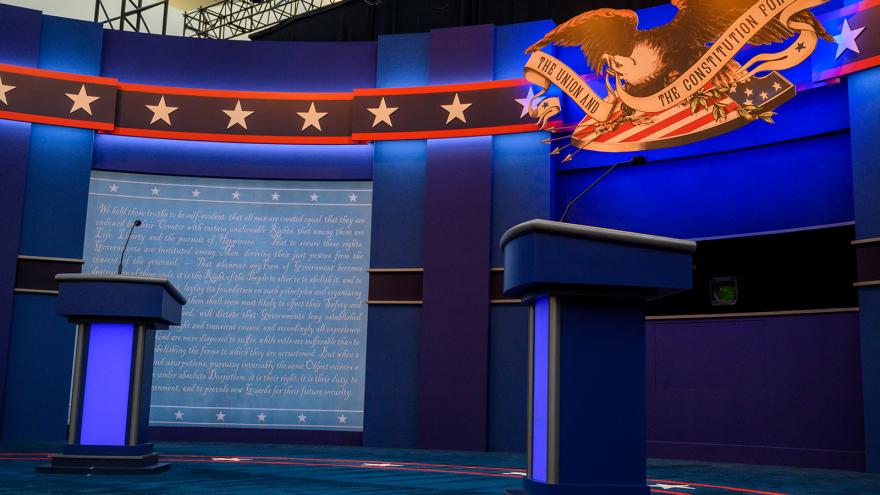 The second presidential debate will be held virtually, the Commission on Presidential Debates announced Thursday morning in the wake of President Donald Trump's positive test for coronavirus.

(CNN) -- President Donald Trump said Thursday that he will not participate in the second presidential debate with Joe Biden after the Commission on Presidential Debates said the event will be held virtually in the wake of the President's positive coronavirus diagnosis.

Trump's comment throws into question the second debate after the commission took the significant steep to wholly remake the contest between the two candidates. The move was seen as needed by members of the debate commission given the uncertainty around the President's health.

"The second presidential debate will take the form of a town meeting, in which the candidates would participate from separate remote locations," the commission said in a statement. "The town meeting participants and the moderator, Steve Scully, Senior Executive Producer & Political Editor, C-SPAN Networks, will be located at the Adrienne Arsht Center for the Performing Arts of Miami-Dade County in Miami, Florida. The White House Pool will provide coverage of the second presidential debate."

The announcement from the commission came hours after Vice President Mike Pence and Democratic vice presidential nominee Kamala Harris debated in person on Wednesday night, albeit separated by plexiglass.