Second gentleman safe after being evacuated from Washington, DC, high school due to bomb threat 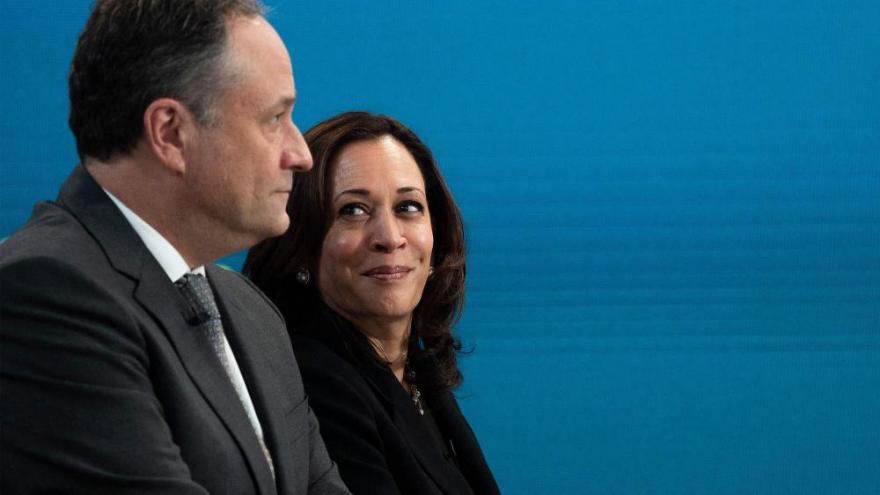 (CNN) -- Second gentleman Doug Emhoff is safe after being ushered out of a room at a Washington, DC, high school by the Secret Service following a bomb threat to the building, his spokesperson said.

"U.S. Secret Service was made aware of a security threat at a school where the @SecondGentleman was meeting with students and faculty. Mr. Emhoff is safe and the school has been evacuated. We are grateful to Secret Service and D.C. Police for their work," Emhoff's spokesperson Katie Peters wrote Tuesday on Twitter.

Vice President Kamala Harris has been in touch with Emhoff since the evacuation and "he's OK," a White House official said.

He said the threat was relayed to Emhoff's Secret Service detail at 2:18 p.m. and he was ushered out of the building. The school's resource officers were also told about the threat and students and staff evacuated the building to a nearby field.

The District of Columbia Public Schools and the Metropolitan Police Department both confirmed that the bomb threat had been called into the school.

The Secret Service said Tuesday that "there is no information to indicate" the threat was directed at Emhoff.

"In order to maintain operational security, the Secret Service does not discuss our protectees or the means and methods used to conduct our protective operations," the spokesperson said.

Emhoff was visiting the Washington school, which was founded in 1870 and was the first school in the US created to educate African American students, for a Black History Month event. He was scheduled to meet with school leaders, program directors and students participating in a program that helps them relate to history on a personal level.

As part of the program, which is done through a partnership with the National Parks Service students are provided opportunities to serve as docents and historical scholars on the life of Carter Woodson and local Black history, according to the White House.

Benedict told reporters that Tuesday's incident does not currently appear to be related to the bomb threats recently sent to at least 14 different historically Black colleges and universities last week, at the start of Black History Month.

"I can't say with any certainty it's not related to the recent threats against historically Black colleges but our partners at the FBI Washington Field will work with us to kind of decipher what we have here and make those links if any. But at this time it doesn't appear to be related," Benedict said.

The bomb threat against the high school also comes a week after CNN reported that Harris drove within several yards of a pipe bomb lying next to a bench outside the Democratic National Committee headquarters on January 6, 2021.

Multiple law enforcement officials familiar with the situation told CNN that the then-vice president elect remained inside the DNC for nearly two hours before the bomb was discovered.