Second former Walker official comes out against him 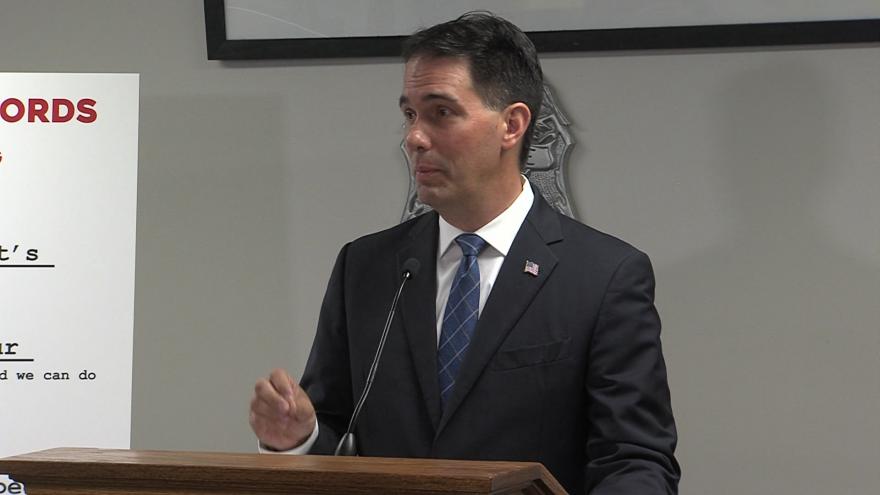 The spot comes after former Corrections Secretary Ed Wall also recorded a video backing Evers and wrote a tell-all book making numerous allegations of mismanagement against Walker's administration and others.

Evers and Walker face off in the Nov. 6 election. Walker is seeking a third term and unlike in his previous runs is facing mounting criticism from those who used to work for him.

"Tony Evers is so desperate to distract from his failed record that he keeps peddling debunked statements from disgruntled ex-employees who have an agenda to push after leaving on bad terms," said Wisconsin Republican Party spokesman Alec Zimmerman, reacting on behalf of the governor's re-election campaign. "These attacks have been repeatedly shown to be false, including in a statement by Wall himself making clear that he had 'never been instructed' to circumvent records laws."

Wall has claimed that he never agreed to that statement that was attributed to him and circulated in 2015. Wall left Walker's administration in 2016 and returned to work for the state Department of Justice. He was fired from that job by Attorney General Brad Schimel after Wall told a Walker aide he could destroy a document, which Walker has used to discredit him.

Bildsten was Financial Institutions secretary from 2011 until early 2015. In the online video, Bildsten said "it seemed like every decision Walker made was about pleasing his donors." Bildsten said he was required to meet with those who had donated heavily to Walker, including a lobbyist from the payday lending industry.

Bildsten, like Wall, also said he was encouraged not to create records that would be subject to public disclosure.

"I thought Scott Walker was different, but he's just another politician looking out for himself," Bildsten said.

Bildsten first made the accusations about Walker looking to evade the open records law in a story published by the Wisconsin Center for Investigative Journalism in 2015, shortly after Bildsten left the administration.

Former Wisconsin Economic Development Corporation head Paul Jadin also said in that story that administration officials were told at the start of Walker's first term not to use state email or phone systems to share important information.

Other Cabinet secretaries have denied that there was any edict about not creating public records.