Sec. Austin says US isn't afraid of Chinese competition even as country advances its hypersonic weapons 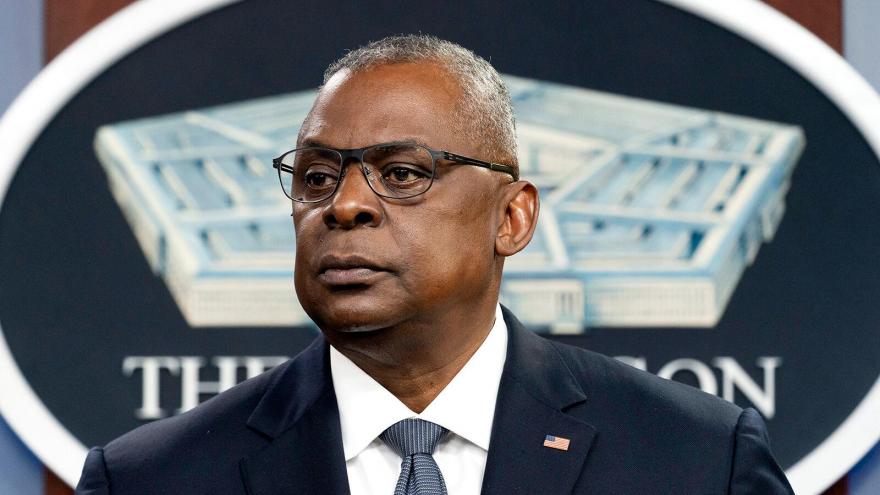 Sec. Austin, seen here at the Pentagon on November 17, in Washington, says US isn't afraid of Chinese competition even as country advances its hypersonic weapons.

During the Reagan National Defense Forum's keynote address, Austin said the US is ready to face China's military rise and is working to "support Taiwan's ability to defend itself" while "not seeking an Asian version of NATO or trying to build an anti-China coalition."

"We're facing a formidable challenge," the defense chief said of China at the event. "And we're going to meet this one with confidence and resolve -- not panic and pessimism."

Austin joined other top leaders in the defense industry to express the importance of strengthening ties between the US and allied nations, sounding the alarm on the threat China and Russia pose, as both nations continue to build up aggressive defenses not seen since World War II.

"In war and in peace, we are always stronger when we work together with our friends," Austin said.

Austin said China is rapidly building up its nuclear arsenal, aiming to bring it to at least 1,000 warheads by 2030.

Austin emphasized the US will not force nations to choose between ties with the US or China, and the Biden administration is looking to bolster deterrence against Chinese aggression over Taiwan and not change the status quo in the region.

Taiwan and mainland China have been governed separately since the end of a civil war more than seven decades ago, in which the defeated Nationalists fled to Taipei. However, Beijing views Taiwan as an inseparable part of its territory -- even though the Chinese Communist Party has never governed the democratic island of about 24 million people.

Under the "One China" Policy, the US acknowledges China's claim of sovereignty over Taiwan. But under the 1979 Taiwan Relations Act, the US agreed to provide Taiwan with defensive weapons while maintaining the capacity to defend it against use of force that would threaten its security.

In a later Q&A session with Fox News' Bret Baier, Austin said the US remains committed to helping Ukraine remain sovereign territory, and said the number of Russian forces and state of the cyber domain "raises our concern."

Austin added there was a lot of space for diplomacy and leadership to work on Ukraine.

When asked if he had any regrets on the US withdrawal from Afghanistan, he paused and said he regretted losing 13 services members as well as civilians. He said he did not want to lose sight of the fact that more than 120,000 were evacuated in 17 days.

Austin talked about vaccine mandates with Baier, who asked what he plans to do if the Oklahoma National Guard does not get vaccinated. Austin said he assumes they will get vaccinated, but it is a readiness issue. He said troops have to deploy all over at a moment's notice.

Austin also said he will take a "hard look" at survey numbers showing Americans are losing confidences in the US military. He said the military needs to do a better job of telling the story of what the military does and the sacrifices made.