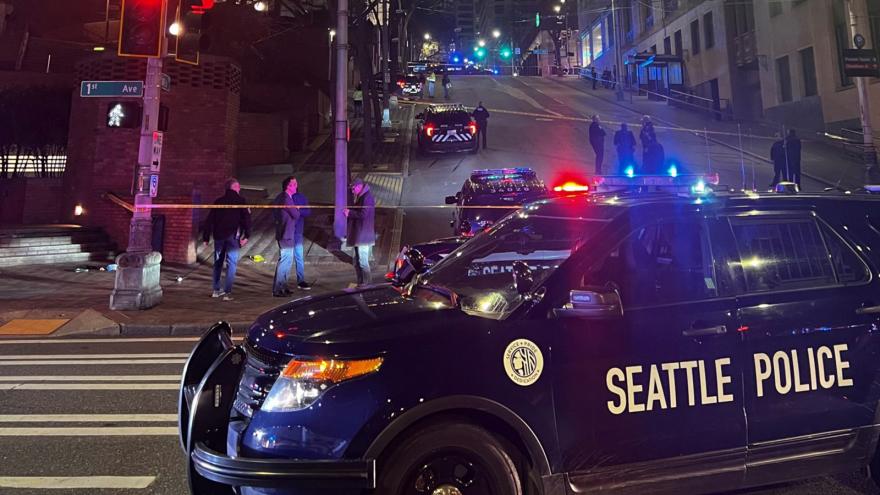 Police responding to multiple 911 calls reporting gunshot sounds Friday evening found the man "where he had crashed his vehicle into the Federal building," the Seattle Police Department said in a release.

Officers tried to speak with the reportedly still-armed man, according to the release, and "for reasons that remain under investigation, opened fire striking the suspect."

The man died at the scene. Police have not released his identity.

The police department's Force Investigation Team is investigating the shooting, according to the release. Representatives of the Office of Police Accountability and the Office of Inspector General also responded to the scene.