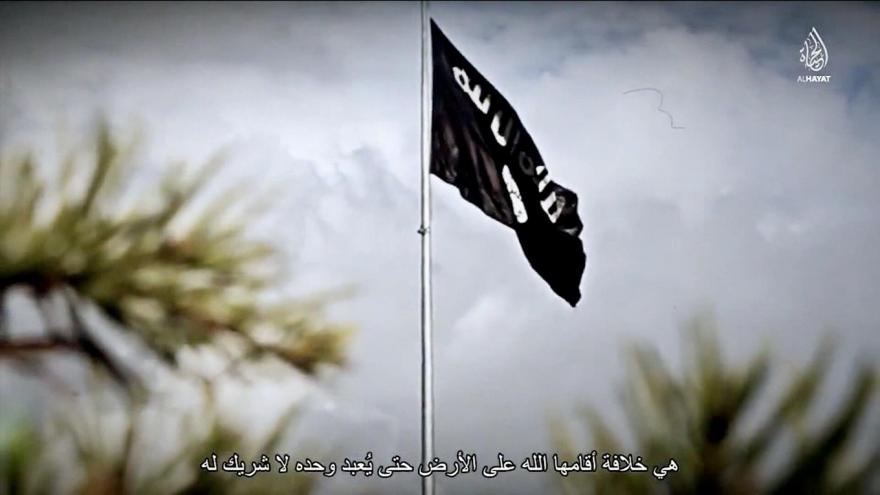 A Washington state man was preparing to board an international flight on May 28 when he was arrested for allegedly plotting to join ISIS and "wage jihad" on their behalf, the Justice Department announced June 2.

(CNN) -- A Washington state man was preparing to board an international flight on Friday when he was arrested for allegedly plotting to join ISIS and "wage jihad" on their behalf, the Justice Department announced Tuesday.

Elvin Hunter Bgorn Williams, 20, of Seattle, is charged with attempting to provide material support to a foreign terrorist organization. If convicted, he faces up to 20 years in prison. Williams made an initial court appearance on Tuesday via video conference and a federal judge ordered him to be held in custody. CNN has reached out to his attorney for comment.

Since Williams was in high school, administrators and his mother have contacted the FBI to flag their concerns of his "self-radicalized" views of ISIS.

In October 2017, Williams "told others at the school that he wanted to join ISIS and claimed that the May 2017 ISIS attack at a music concert in Manchester, United Kingdom, during which numerous people were killed and injured, was justified because the performer dressed provocatively," according to the criminal complaint. The following month, his mother reported to the FBI that he wanted to move to Syria or Iraq to fight for ISIS and that he was kicked off social media for violating terms of series for posting pro-ISIS posts.

Prosecutors say Williams pledged an oath of allegiance to the current leader of ISIS in November 2020.

Williams had left his mother's home in Santa Clara, California, and was living in Seattle where members of a mosque took him in "as an act of charity -- encouraging Williams to de-radicalize, assisting him with a place to live, with food, and with tuition for a semester of college. ... The mosque members made clear to Williams that he would be required to abandon ISIS if wanted to accept the mosque's help," the complaint said.

When members of the mosque found out that Williams was still engaging in online chats with other radical-minded persons, the mosque ended its relationship with him.

Using confidential sources close to Williams, the FBI monitored his activity and became aware of his efforts to travel to the Middle East and join ISIS. Williams expressed to his associates that if he could not travel overseas, he would commit an attack in the US on behalf of ISIS, prosecutors say. Williams began communicating with those he believed were ISIS recruiters who could get him to an ISIS terror cell in the Middle East or other parts of the world.

In early May, Williams booked airline travel from Seattle to Amsterdam and on to Egypt to join ISIS. On May 28, he went to Seattle-Tacoma International Airport to catch the first leg of his international flight. Williams was arrested at the departure gate Friday there.