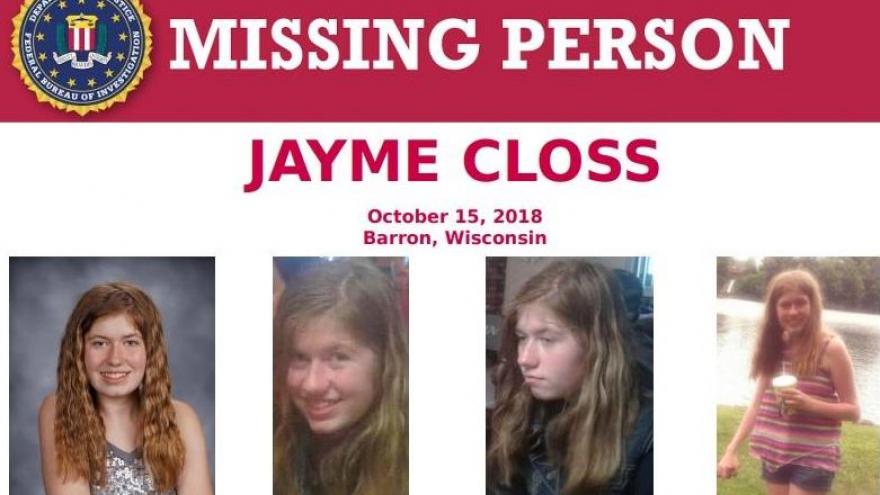 Dispatch logs show multiple shots were fired in the home of a northwestern Wisconsin girl who vanished after her parents were found dead inside the house.

The logs also indicate the initial 911 call that summoned deputies to the home early Monday came from a cellphone belonging to the girl's mother.

Deputies discovered Jayme Closs' parents fatally shot in their home in rural Barron. The 13-year-old girl was nowhere to be found . Investigators say she's in danger and isn't a suspect in her parents' deaths.

The FBI says it's expanded its search nationwide for a 13-year-old Wisconsin girl missing since her parents were found shot to death in their home Monday morning. Authorities say Jayme Closs was in the house when her parents – 46-year-old Denise and 56-year-old James Closs – were killed.

The girl, who was ruled out as a suspect on the first day, was gone when deputies arrived. Relatives of Jayme told CBS News the front door to the house was shot in.

When officers responded minutes after a 911 call to the home in Barron, about 80 miles northeast of Minneapolis, they found no suspicious vehicles, says CBS Minnesota.

The FBI said Thursday that, "out of an abundance of caution," it was sending a digital Missing Person poster to local media partners across the country for display.

More than 100 local and state FBI agents have been working on the case, and officials say hundreds of tips have come in from the community and people around the country, the station reports.

One-hundred volunteers have joined the search for Jayme, authorities said Thursday, after Barron County Sheriff Chris Fitzgerald asked for people to pitch in.

He said Wednesday investigators believe she's alive but in danger and he urged the public to continue calling in tips.

The sheriff's office posted on Facebook Thursday afternoon that so far "nothing of evidentiary value has been recovered."

MADISON, Wis. (AP) — Authorities say a ground search has turned up nothing useful as investigators look for a 13-year-old girl who went missing after her parents were found dead in Wisconsin.

Deputies found Jayme Closs' parents shot to death in the family's home in rural Barron early Monday. The girl was nowhere to be found. Investigators say the girl is in danger and is not suspected in her parents' deaths.

Fitzgerald says his office hasn't received any tips that would lead deputies to continue the ground search.