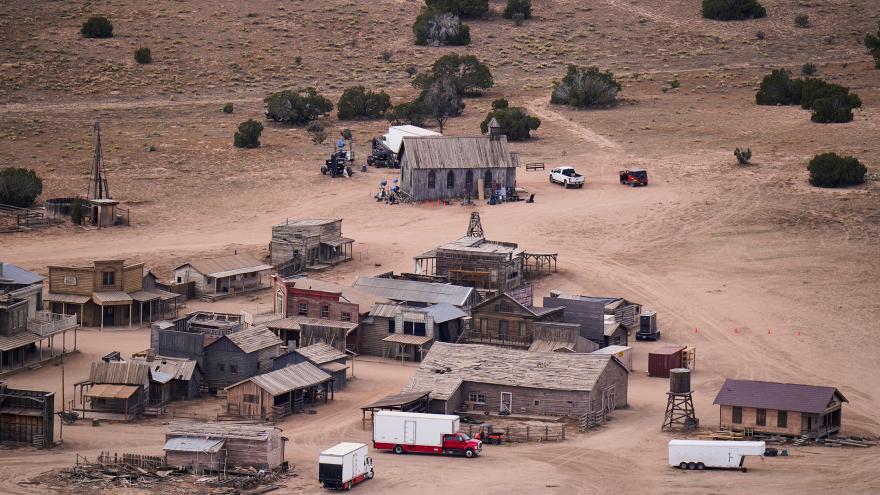 (CNN) -- A search warrant has been issued for actor Alec Baldwin's cell phone in connection with the fatal shooting of Halyna Hutchins on the set of the film "Rust," according to court documents released Thursday from Santa Fe County.

A judge on Thursday signed the warrant which states that Baldwin, along with his attorney, were asked to turn over the phone, and the detective was told to "acquire a warrant."

Officials are looking to obtain messages, call logs, digital photos and videos as well as any private messages sent on social media platforms in relation to the production of "Rust," the warrant said. It also looks to obtain any deleted videos, photos and messages on the phone that have to do with the movie.

Hutchins was fatally shot October 21 during a rehearsal for a scene in a church at Bonanza Creek Ranch in New Mexico. Director Joel Souza was also injured in the shooting.

Baldwin told ABC's George Stephanopoulos earlier this month the scene was going to show him cocking the gun, and he and Hutchins were going over how she wanted to position his hand right before the gun went off.

He said he was aiming the gun just off to the side of the camera, as Hutchins was instructing him to, in her direction.

"I'm holding the gun where she told me to hold it, which ended up being aimed right below her armpit, was what I was told," Baldwin said.

When asked why he pointed the gun at Hutchins and pulled the trigger when that wasn't in the script, Baldwin said, "I would never point a gun at anyone and then pull the trigger, never."

Armorer says she loaded the gun with 6 dummy rounds

Hannah Gutierrez-Reed, the armorer on the set, told investigators she took the guns out the morning of October 21, the warrant said.

She said her co-worker helped her with morning tasks. Gutierrez-Reed said after they retrieved the guns, they took them to set. Gutierrez-Reed told deputies while on set, she "dummied the guns up with dummy rounds."

Gutierrez-Reed told deputies she and her co-worker got on set around 7:30 a.m., but didn't dummy the gun up until a short time before lunch.

Gutierrez-Reed says she loaded the gun with five dummy rounds before lunch. She said there was one round that wouldn't go in so after lunch she took the cleaner, cleaned it out and put another round in, which means there were six dummy rounds in the gun.

"We had the gun the whole time before that, and nothing happened, and I wasn't in there, and they weren't even supposed to be pulling the hammer back," Gutierrez-Reed said, according to the warrant.

After the shooting, Gutierrez-Reed told investigators she checked the gun cartridge and the first round she pulled out didn't have "that," referring to the projectile end of a bullet. She checked the other rounds and they were all dummies, the warrant said.

She said the box of dummies may have had some "wonky" rounds. She said they received the box from her supplier about a before the shooting.

Stu Brumbaugh, the key grip on "The Old Way," told CNN that Gutierrez handled guns on the set of that project in a reckless manner and that he urged the film's assistant director to fire her. Brumbaugh cited an incident in which Gutierrez fired a gun near the film's star Nicolas Cage without warning.

Gutierrez is the daughter of longtime Hollywood armorer, Thell Reed.