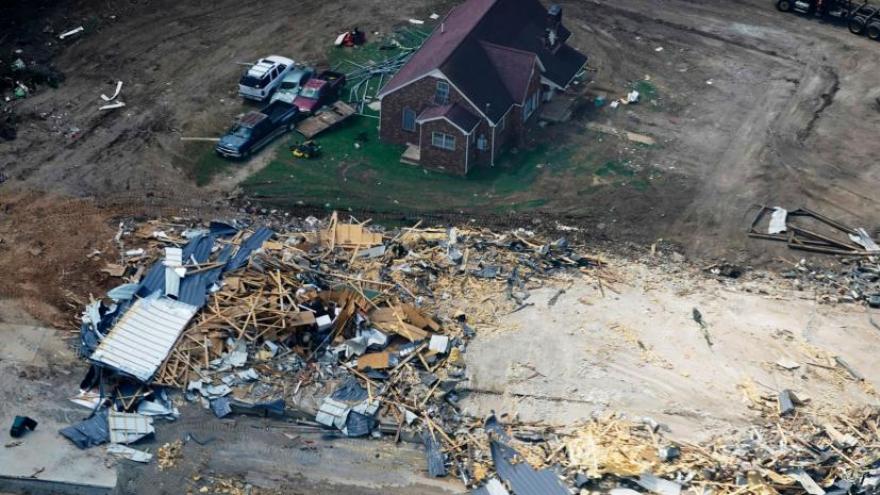 (CNN) -- Search efforts have been suspended in Tennessee following deadly flooding Saturday that left 20 people dead and hundreds of homes damaged or destroyed.

"The recovery of all 20 known flood victims has been made," the Humphreys County Emergency Management Agency said in a statement Wednesday. Families of the victims are being notified.

"We're sad that our count is now at 20, but we're glad that our families now have the closure that they need to move on," Waverly Police and Fire Chief Grant Gillespie said. "We've suspended all search operations. We no longer expect them to find any more victims, but we are still on standby if somebody is reported missing, to pick that search back up."

A curfew implemented over the weekend for Waverly was lifted Thursday, Gillespie said. Waverly Mayor Buddy Frazier said while water conditions are improving daily, Waverly will remain under a boil water order for the next several days.

"The last several nights we have been peaceful, we haven't had any problems, and we just decided it was time to go ahead and open things up, let folks get their businesses back open late if they need to be," Gillespie said, emphasizing that a large law enforcement presence would still be in place.

The National Guard and Tennessee Department of Transportation assisted in removing debris, especially from bridges and streets, trying to get roads reopened and starting the process of picking up debris from in front of homes and businesses.

Torrential storms that hit Middle Tennessee on Saturday -- up to 15 inches of rain over a six-hour period, officials said -- led to flash flooding, with several communities scrambling to safety to avoid the rising waters.

"With the recovery of all known victims, the transition will be made more fully into the cleanup process. A massive effort by the National Guard and Tennessee Department of Transportation will begin tomorrow for debris removal," the Humphreys County Emergency Management Agency said.

Damage assessments are underway. As of Wednesday, 272 homes were destroyed, while another 168 had major damage and 31 had minor damage, the emergency management agency said.

On Wednesday, Lee announced that residents in the counties of Dickson, Hickman and Houston will also be eligible for assistance.

"We are working closely with the federal government and community leaders to ensure Tennessee's flood-impacted counties get the help needed to effectively rebuild and recover," Lee said.

An anonymous donor has paid the balances to cover the expenses for the funerals of all 20 Humphreys County flood victims, Grey Collier with the Humphreys County Emergency Management Agency told CNN Thursday.

"That's the kind of things that you don't forget, when a bank comes out, when one of our local banks comes out and does things like that, for the people in our community -- that's big," Humphreys County Sheriff Chris Davis said.