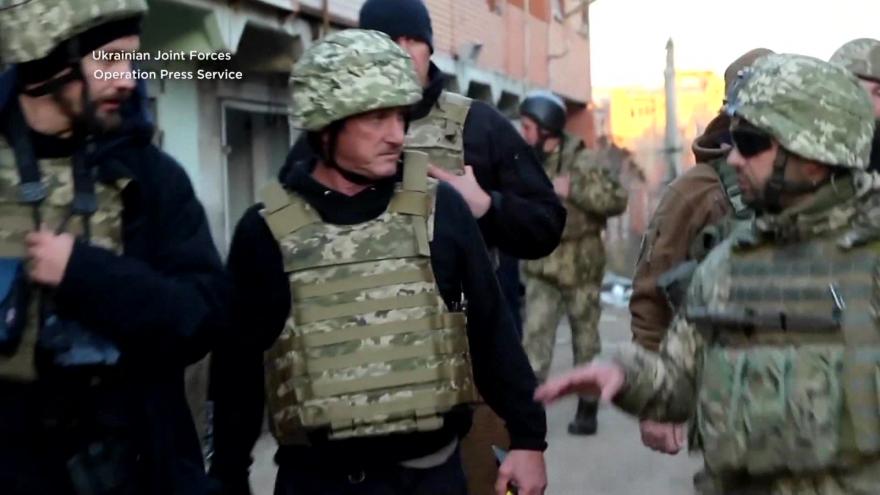 (CNN) -- Sean Penn says he and his colleagues ditched their car on their way out of Ukraine.

The actor, activist and director was reportedly in the country working on a documentary when Russian forces invaded.

Penn recently tweeted a photo in which he appeared to be walking a road with his luggage amid a long line of cars.

"Myself & two colleagues walked miles to the Polish border after abandoning our car on the side of the road," the tweet read. "Almost all the cars in this photo carry women & children only, most without any sign of luggage, and a car their only possession of value."

Penn had earlier tweeted, "Already a brutal mistake of lives taken and hearts broken, and if he doesn't relent, I believe Mr. Putin will have made a most horrible mistake for all of humankind."

"President Zelensky and the Ukrainian people have risen as historic symbols of courage and principle", he wrote. "Ukraine is the tip of the spear for the democratic embrace of dreams. If we allow it to fight alone, our soul as America is lost."

A rep for Penn confirmed to CNN that he made it out of Ukraine, but declined to provide any further information.