Sea otters could be reintroduced back to San Francisco Bay; not everyone is on board with the plan 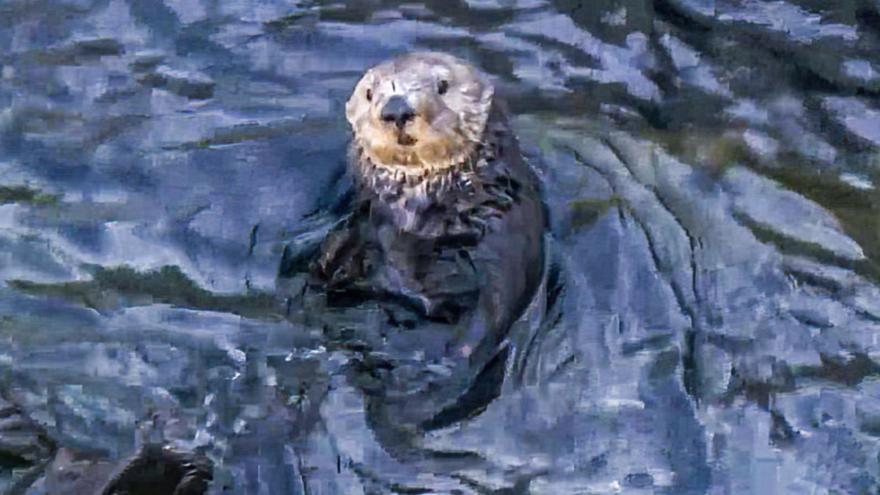 SAN FRANCISCO, California (KPIX) -- The federal government is considering reintroducing sea otters to the waters of Northern California where they were once abundant. However, while their presence could actually help the climate, it could also potentially harm an important industry.

Sea otters have charmed the hearts of many with their playful antics and cute eating habits. But you won't find any in the waters of much of Northern California.

The otters call a 300-mile stretch of the California Coast home, between Santa Barbara and Half Moon Bay. Noticeably absent? The San Francisco Bay. Some experts believe that's because great white sharks have been attacking them near there, keeping them out.

But a new study by the U.S. Fish and Wildlife Service says they could be reintroduced in our part of the state.

"They're almost like environmental engineers, bringing back areas like the Elkhorn Slough down the coast to a really healthy place by virtue of the animals that they consume like sea urchins which would in turn be consuming kelp," said Dr. Jeff Boehm of the Marine Mammal Center.

Sea otters themselves have faced their own battle. They were hunted until they were nearly extinct. Now there are about 3,000 along the California coast.

A sea otter relocation plan could involve moving pups from the Monterey Bay Aquarium and dropping them off in parts of the San Francisco Bay.

Not everyone thinks that's a good idea. Sea otters feasting on too many Dungeness crabs and sea urchins could strain the livelihoods of local fishermen.

We have sustainable fisheries that are local producing food for the people of California, and this increase in the number of sea otters is gonna have an impact on that," said Dave Rudie, chair of the California Sea Urchin Commission.

This federal report doesn't say the sea otters should be placed in San Francisco Bay, just that it's possible.

And if it were to happen, it wouldn't be overnight. The report recommends more studies, experiments, and outreach to the public.