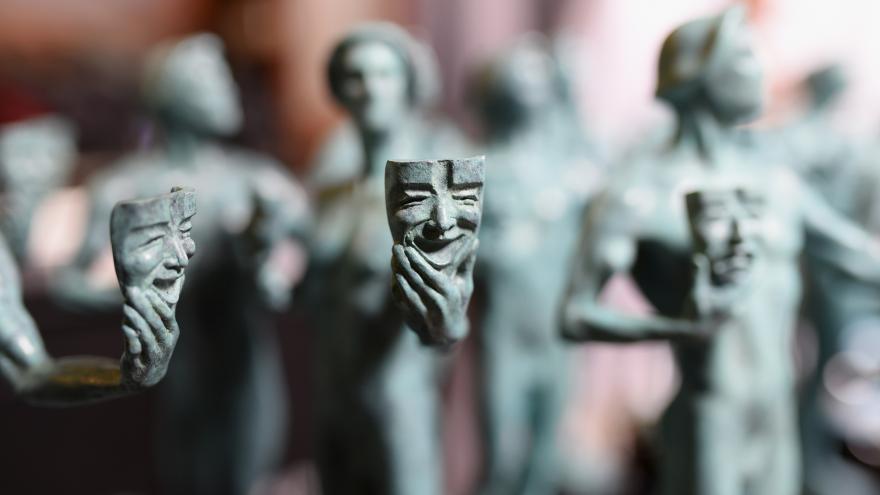 (CNN) -- We will no longer have to choose between watching either the Screen Actors Guild Awards or the Grammys.

It was announced Wednesday that the 27th Annual Screen Actors Guild Awards will be simulcast on TNT and TBS on Sunday, April 4 at 9 p.m. EST. (TNT and TBS, like CNN, are part of WarnerMedia.)

The show had originally been scheduled to air on March 14.

But due to the ongoing Covid-19 pandemic, Grammy Awards recently postponed the event from January 31 to March 14.

The Screen Actors Guild-American Federation of Television and Radio Artists (SAG-AFTRA), which runs the SAG Awards, then pushed their date to April.

"Throughout these challenging times, our industry and our union members have proven their creativity and resilience in discovering new methods of storytelling while adapting to new safety protocols and procedures," the organization said i a statement Wednesday. "We embrace that spirit as we re-imagine the SAG Awards with a one-hour special that highlights and expands on our signature I am an Actor opening and honors the outstanding performances of the past year."

Nominations are scheduled to be announced on February 4.