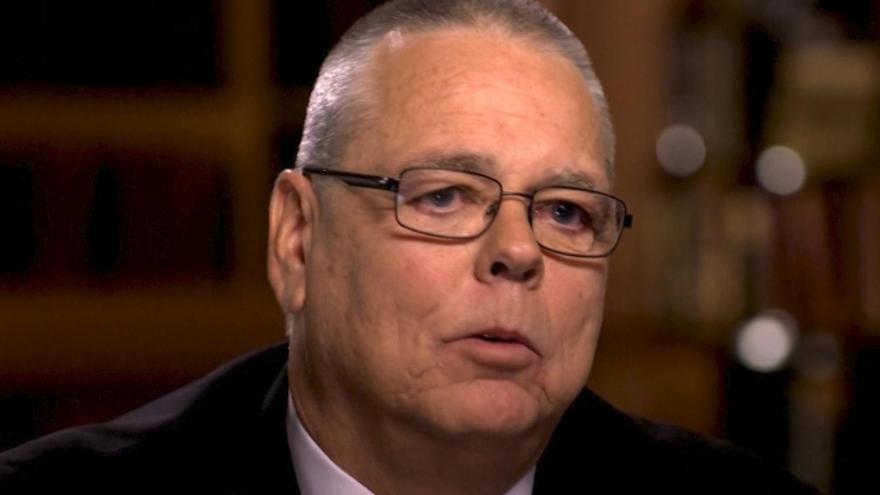 (CNN) -- Former Broward County Sheriff's Deputy Scot Peterson -- who was criticized for how he responded when a gunman opened fire at Marjory Stoneman Douglas High School -- has been charged with 11 counts, including felony child neglect charges, authorities said.

Peterson retired after the February 2018 massacre at the Parkland, Florida, high school that left 17 people dead, and is collecting a pension.

He was fired Tuesday at a disciplinary hearing by new Sheriff Gregory Tony. The firing could affect Peterson's retirement pay, Tony said.

Peterson, who was a school resource officer, is facing charges of child neglect, culpable negligence and perjury in connection with the deadly shooting, according to a release from the State Attorney's Office.

He was criticized for staying outside

Days after the February 14 massacre, footage surfaced of Peterson taking position near the 700 and 800 buildings at Stoneman Douglas High School, a spot he stayed at for more than 45 minutes. He was criticized by the Sheriff Scott Israel and others for not going in the nearby 1200 building when he heard gunshots.

The warrant says Peterson made a knowingly false statement to investigators by saying he only heard two or three shots when he arrived at the building.

Peterson's attorney, Joseph A. DiRuzzo III, said the charges appear to be "a thinly veiled attempt at politically motivated retribution against Mr. Peterson."

He said Peterson cannot be prosecuted as a caregiver since he was acting as a law enforcement officer in an official capacity.

"We will vigorously defend against these spurious charges that lack basis in fact and law," he said.

DiRuzzo has said in the past that it's a "gross over-simplification" to characterize Peterson's actions as cowardly, and said Peterson believed the gunshots were coming from outside the building.

With more than 30 years on the job, Peterson's personnel file shows an exemplary record -- with two nominations for School Resource Deputy of the year.

He is in jail

Peterson was booked into Broward County Jail, authorities said, and his bail will be set at $102,000.

Six of the child neglect charges he faces are second-degree felonies, prosecutors added. A conviction on one of those charges means he could be sentenced to 15 years in prison. Because one victim was not severely injured, a seventh neglect charge is a third-degree felony (up to five years).

He should 'rot in hell,' parent says

The father of a girl who was killed applauded the charges.

"Peterson failed in his duty to protect lives that day, standing behind a cement pillar for 48 minutes while students and teachers were slaughtered," Alaina Petty's father, Ryan, said. "After a year of in-depth investigation, I am pleased that the (state authorities) have brought formal charges against former deputy Scot Peterson."

The father of Jaime Guttenberg said Peterson could have saved lives.

The president of the Broward Sheriff's Office Deputies Association, Jeff Bell, told CNN by email that he had several concerns about Peterson's charges, particularly the neglect and negligence charges.

"In order for there to be neglect, the individual must be a 'care taker' of the individual," Bell wrote. "Does that mean that every police officer from now on that works a detail where children are present are now subjected to child neglect charges if something happens?"

He said the union does not consider Peterson a coward.

Also fired was Sgt. Brian Miller, a supervisor on the day of the shooting, the sheriff's office said. Bell said the union will fight Miller's dismissal.