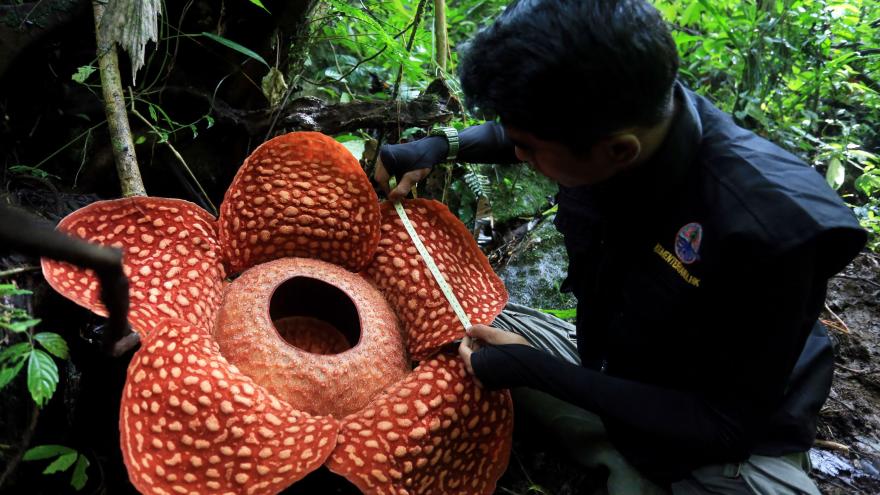 (CNN) -- The rafflesia plant is often referred to as a "monster flower" for its parasitic properties and repugnant stench. Indonesian wildlife officials might've found the most monstrous flower of them all.

A rafflesia that recently bloomed in a West Sumatran forest is nearly 4 feet in diameter -- that would make it the largest flower ever recorded, according to the Natural Resources and Conservation Center in West Sumatra.

Curiously, it was the same location (and host plant) that produced what was the largest rafflesia ever recorded back in 2017. But this monster flower is 4 inches wider, CNN Indonesia reported.

The plant has no roots or leaves -- it's parasitic. The rafflesia feeds on a host plant to live, drinking its water and nutrients. It's only visible when it bursts through the host plant to reveal its flowers.

The flower's menacing open mouth emits a foul odor similar to rotting meat, earning it the nickname "corpse flower." That stench attracts the insects that pollinate it.

But for all it's glory, the rafflesia's life is tragically short. Its mouth remains open for just one week before it rots and dies -- so the largest flower on Earth is on borrowed time.