Scientists just discovered 'stormquakes' -- but don't worry, you're not in danger 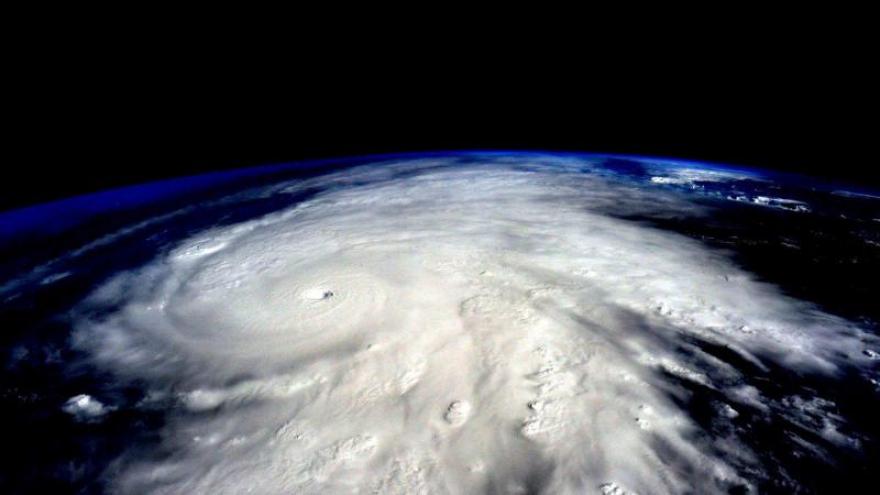 Hurricanes and earthquakes are bad enough on their own. Now imagine them combined -- that's kind of what a stormquake is.

(CNN) -- Hurricanes and earthquakes are bad enough on their own. Now imagine them combined.

That's kind of what a stormquake is, a phenomenon just discovered by a team of researchers led by Wenyuan Fan, a professor and seismologist at Florida State University. The findings were published Monday in the scientific journal Geophysical Research Letters.

It's not as scary as it sounds, though.

Fan broke it down like this. When hurricanes, (or Nor'easters, or winter storms) are in the atmosphere, they produce really large waves on the surface of the sea, which then swell and form other types of waves further down -- that can reach deeper toward the seafloor. The interaction between these secondary waves and the sea floor produces a specific type of pressure force, which then creates a hammer-like effect on the seafloor.

That hammering is what is picked up by seismometers. Though previously dismissed as "seismic noise," Fan and his team discovered that the hammering effect is actually small quakes -- which they call "stormquakes" -- that occur around magnitude 3.5.

The motions are minor and humans can't really feel them, Fan said. For us, it's not really that significant.

"I always like to reemphasize that stormquakes happen because of storms, so when extreme storms happen, I think that's our first concern," he told CNN.

But that doesn't make the findings insignificant. Fan said everything in nature is intertwined, so these stormquakes could have effects in nature that haven't been studied yet. He also said they could have a major impact on marine activities, like if a ship is in the water, and help scientists understand the structure of the Earth a little better, too.

Stormquakes by the numbers

Fan and his team focused on the period between 2006 and 2015, discovering 14,077 stormquakes in that time frame. That equates to over a thousand each year.

As far as how many a hurricane or other major storm produces, it all depends on the location, he said.

He used Hurricane Sandy as an example. Though to us, on land, the hurricane was extremely powerful, it didn't cause any stormquakes as it moved ashore in New Jersey, Fan said.

Meanwhile, Hurricane Bill in 2009 generated about 300 stormquakes as it moved north, past New Jersey.

The difference is the hurricane track. When the track aligns with certain areas on the seafloor, stormquakes are much more likely, even if the storm is weaker.

All of this goes to show that seismology isn't just useful for picking up earthquake recordings, Fan said. The recordings are always going, and they're picking up a lot more than just earthquakes, including things like weather, reverb and even traffic.