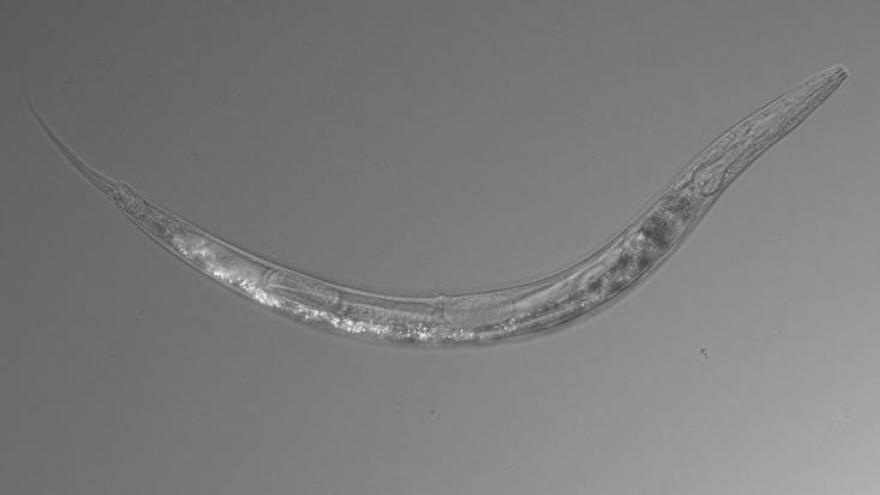 This new species of worm could clue scientists in on how humans can withstand high levels of arsenic, according to a new study.

(CNN) -- There's a new species of worm, and this one has three different sexes, can survive 500 times the dose of arsenic it would take to kill a human and keeps its young in a pouch, not unlike a kangaroo.

Researchers think humans might have something to learn from the worm's resilience.

Caltech researchers discovered eight species of worms that live in the arsenic-rich Mono Lake in California. The team published its findings Thursday in the journal Current Biology.

Mono Lake is three times saltier than the Pacific Ocean -- so salty, researchers said, that only two other species were ever known to live in it: brine shrimp and diving flies.

That's before they found the worms.

The worms' biology could be key for humans

All eight of the worms are unique -- some are predators, some are parasites. Others nosh on microbes in the lake. But they're all extremophiles -- organisms that thrive in severe conditions that most species couldn't survive in.

The California lake is just one of several extreme locales where researchers have spotted nematodes, the phylum all eight worm species belong to. They survive in the bottom of the ocean, the Antarctic tundra and even under the Earth's surface.

Nematodes, the researchers posited, might be genetically predisposed to thrive in extreme conditions. Learning more about the factors that keep them alive in harsh environments could lead to a breakthrough in human health, researchers said.

Arsenic, a toxin that occurs naturally in the Earth's crust, seeps into water sources worldwide and can poison those who drink it when levels are high. So understanding the biology behind these steely worms could help researchers understand how toxins affect the human body, co-author James Siho Lee said in a statement.

"The next innovation for biotechnology could be out there in the wild," he said. "We have to protect and responsibly utilize wildlife."