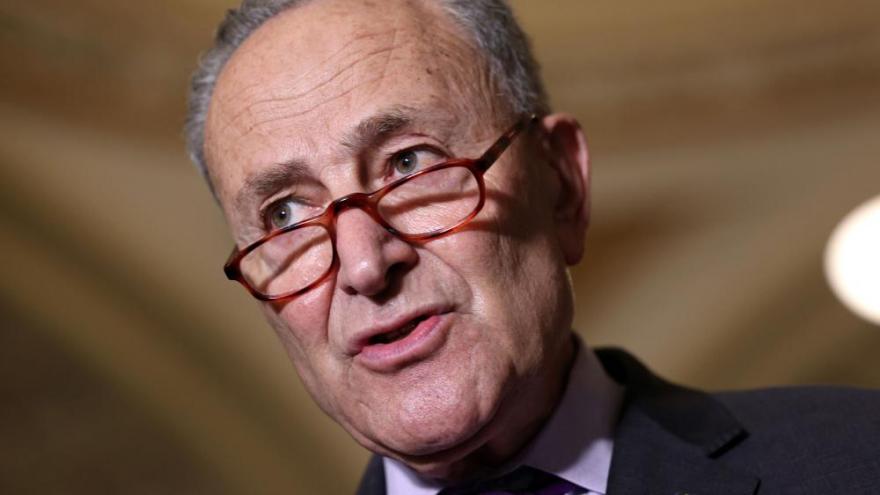 Senate Majority Leader Chuck Schumer has apologized for calling children with intellectual disabilities "retarded" after receiving criticism for using the term, which is medically outdated and offensive to many.

(CNN) -- Senate Majority Leader Chuck Schumer has apologized for calling children with intellectual disabilities "retarded" after receiving criticism for using the term, which is medically outdated and offensive to many.

Responding to a question during a virtual podcast with OneNYCHA on what Congress is doing to combat homelessness exacerbated by the coronavirus pandemic, the New York Democrat was discussing funding to provide affordable housing and the need for mental health assistance when he used the term.

"When I first was an assemblyman, they wanted to build a congregate living place for retarded children," he said Sunday when a host described resistance to efforts to build housing for the homeless. "The whole neighborhood was against it. These are harmless kids, they just needed some help. We got it done, took a while."

A spokesman for Schumer told CNN in a statement that the New York Democrat is "sincerely sorry for his use of the outdated and hurtful language."

"For decades, Sen. Schumer has been an ardent champion for enlightened policy and full funding of services for people with intellectual and developmental disabilities," the spokesperson said Wednesday. "He used an inappropriate and outdated word in his description of an effort he supported that was led by the AHRC to build a group home in his Brooklyn district decades ago to provide housing and services to children with developmental disabilities."

The Arc of the United States, an organization advocating for people with intellectual and developmental disabilities, says it dropped "retarded" from variations of its name because the term became "pejorative, derogatory, and demeaning in usage." AHRC, previously known as the Association for the Help of Retarded Children, also dropped the term from its name but still uses the acronym, according to its website.

Schumer's comments were criticized on social media and by the GOP, including the Republican Party of New York.

"Shame on @SenSchumer for using a derogatory, offensive term to refer to disabled children," they wrote on Twitter.

CORRECTION: An earlier version of this story misstated the publisher of the Diagnostic and Statistical Manual of Mental Disorders. It's the American Psychiatric Association.