School lunch shaming will now be against the law in California 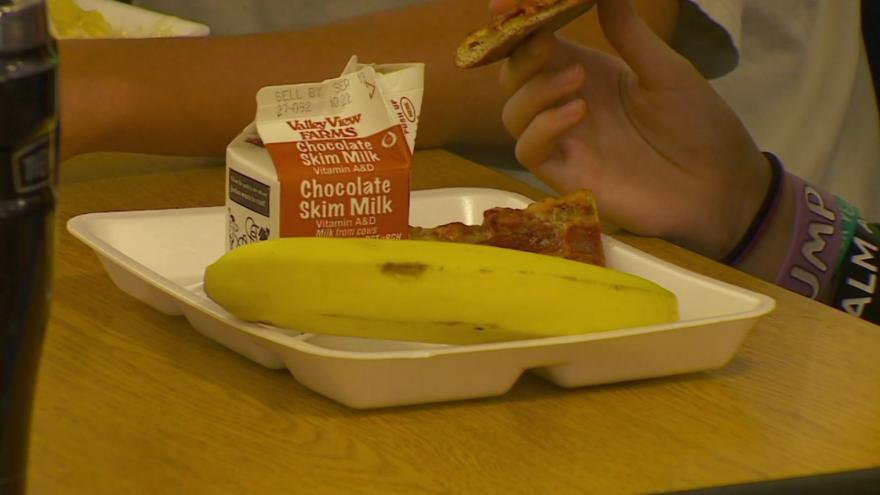 Gov. Gavin Newsom signed into law a new piece of legislation that guarantees all students will receive lunch even if their parents or guardians have not paid their meal fees.

The bill, authored by state Sen. Robert Hertzberg, says students shouldn't be denied a meal of their choice because of unpaid fees. It also ensures "that the pupil is not shamed or treated differently from other pupils."

The legislation also addresses ways to more effectively notify parents and guardians of a negative balance.

Newsom's support for the bill was in part inspired by a young boy, the California governor said.

"Earlier this year, Napa County elementary school student Ryan Kyote called national attention to how kids at his school were shamed and singled out because of inadequate funds in heir school lunch accounts," Newsom said in a statement.

"He showed how at many schools across the country, students whose parents are not able to pay for their lunch are given a cheaper, 'alternative' lunch that causes them to stick out from their peers," the governor said in his statement.

The two met earlier this year, the governor said.

"I want to thank Ryan for his empathy and his courage in bringing awareness to this important issue," Newsom said in a statement.

Kyote isn't the only young student to bring attention to the issue of student meal debt.

The problem with student meal debt

School lunch debt in the US has frequently made headlines in the past few months.

A survey by the School Nutrition Association found that three-fourths of school districts reported having unpaid student meal debt at the end of the 2016-2017 school year.

Of those districts, 40.2% said the number of students without adequate funds increased last school year, the association found.

In early September, when Jefferson Sharpnack grabbed his lunch tray on his ninth birthday, school staff instead gave him something else: bread and cheese.

The school system told CNN that the boy was served an alternative lunch which is given to students with deficit accounts.

The superintendent later sent a note to parents saying all students would receive the standard lunch regardless of their account balance.

Over the summer, one Pennsylvania school district sent a letter home saying any student who owned lunch money should pay or they'd go to foster care.

The foster care system asked the schools to "cease and desist with this type of language."

And earlier this year, in May, yogurt company Chobani paid off the lunch debt of some students after finding out a Rhode Island school system had announced that any students with unpaid balances on their lunch accounts would be getting a sun butter and jelly sandwich until their balance was paid.