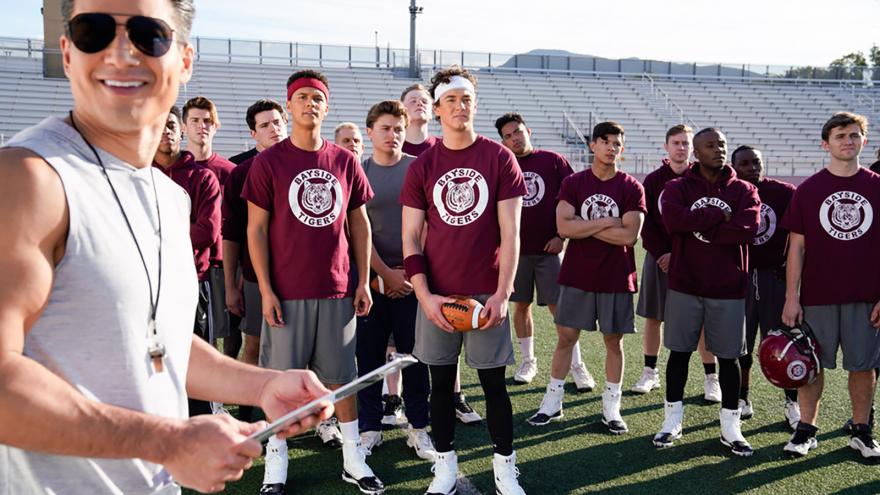 (CNN) -- The stars of "Saved by the Bell" are going back to school in a new version of the teen series coming to Peacock, and Elizabeth Berkley Lauren isn't mincing her words on how she feels about it.

"I am so excited -- pun intended -- to get to share this with the world," Berkley Lauren, who played Jessie Spano over the lifetime of the original series and reprises her character on the streaming version, told CNN recently. "This show has been a beloved show for so many years and to bring it back with this new cast and the OGs, this is a gift, for sure. I can't wait to share it."

The new show reimagines the '90s comedy staple with a new cast of young people to follow, among them children of characters from the original -- like Mack Morris (Mitchell Hoog), son of Zack (Mark-Paul Gosselaar) and Kelly (Tiffani Thiessen), and Jamie Spano (Belmont Cameli), Jessie's son.

The series focuses on the cultural clash between privileged Baysiders and a crop of new students from under-funded districts affected by a string of school shutdowns. (Governor Zack Morris is behind the closings.)

Jessie, a counselor at the school, works in concert with the school principal (John Michael Higgins) and other faculty (like Mario Lopez's A.C. Slater, now a coach) to ease their transition.

"He's one of those guys that kind of got stuck in his era and stuck in his time," Lopez teased to CNN about his character's trajectory. "And I love those kinds of guys 'cause I know those guys. They're just stuck in their sort of glory days, and it makes it a much more fun character to play."

In addition to Berkley Lauren and Lopez, Gosselaar, Thiessen, and Lark Voorhies, who played Lisa Turtle, are set to appear at various times throughout the season.

"I remember the first day back Mario and I started (filming the Peacock series) -- it was so perfect -- we started in those booths at The Max. That was our first thing together," Berkley Lauren said. "And I looked at him, and I just saw the grown-up face in front of me. I had looked across at him so often -- day in and day out for a hundred episodes -- and I'm like, 'Wow, we grew up.' It was a very reflective thing. And we just had a blast."

The new show leaves behind some of the earnest, outdated ways of the original and takes the concept and storylines into a new era and single-camera format, something executive producer Tracey Wigfield was excited to do. 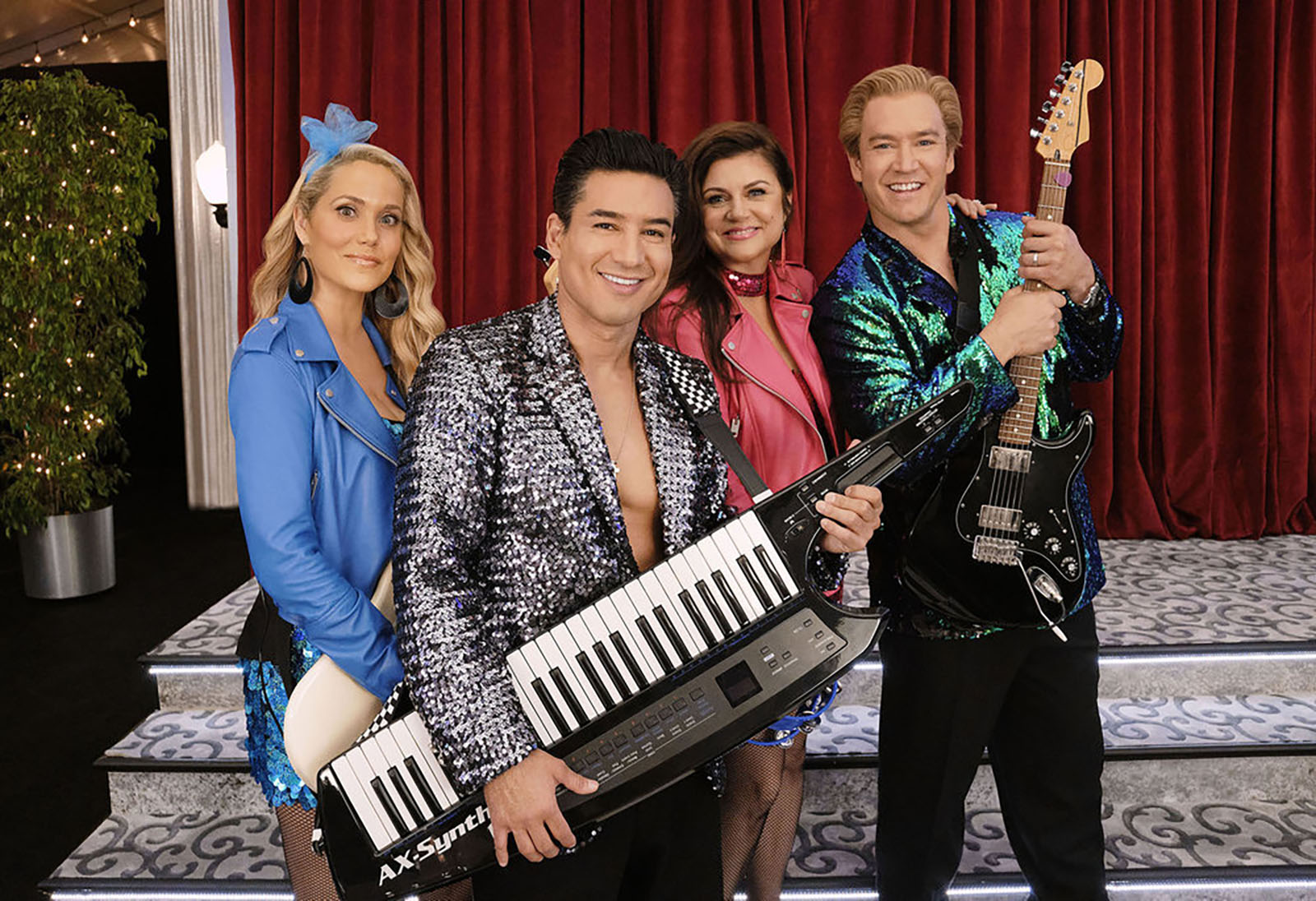 "Some of the appeal was exactly what you're talking about -- being able to look back not just as an adult but also through a 2020 lens at some of the things about the original that were sort of charming at the time and now feel like, 'Yikes!'" she said. "It's really unfair because anytime you look back at an old show, you can do that and you can sort of make fun of the things that didn't age well. But that felt like a comedy opportunity for me and sort of the reason to do it."

Franco Bario, who worked on the original series, said that approached helped avoid some of the pressures associated with bringing back an iconic title.

"I think what is great about the new show is it is its own show, so there weren't those sweaty moments of like, 'How are we recreating the original 'Saved by the Bell?' Cause we weren't," he said. "We were sort of referencing it and sort of making it part of our DNA of the new show."

Berkley Lauren said Wigfield, whose credits include "30 Rock" and "The Mindy Project," was always felt the right person for the job.

"We knew she would honor it, celebrate it and integrate things that people really loved about it, but also bring something fresh and progressive and new," she said.

One of the students (Lexi, played by Josie Totah) is transgender and others come from diverse backgrounds, including series star Haskiri Velazquez, who plays transfer student Daisy.

"I think people are gonna have a lot of fun," Berkley Lauren said. "And, especially now, we need some fun. We need the joy."

"Saved by the Bell" will premiere on Nov. 25 on Peacock.