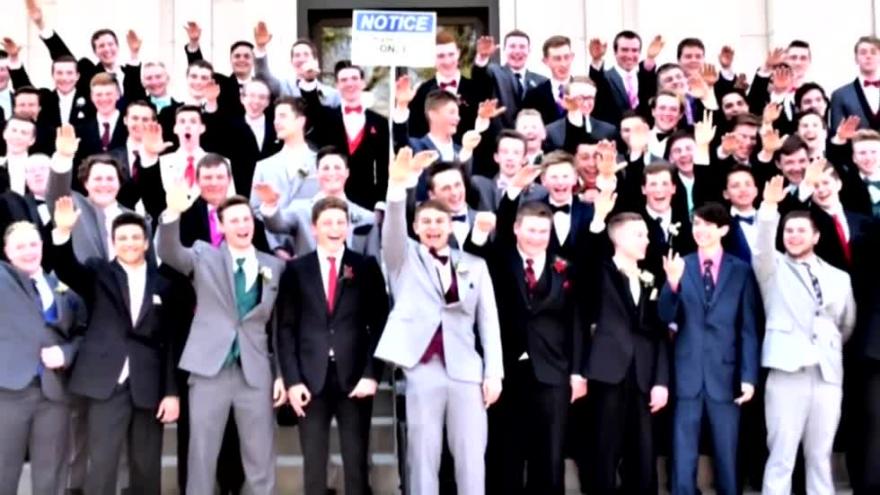 BARABOO, Wis. (AP) — Officials with a Wisconsin school district say free-speech rights would make it difficult to discipline students who appeared in a photograph that showed several high school boys giving what appears to be a Nazi salute.

The State Journal reports that Baraboo Superintendent Lori Mueller said in a letter to parents Wednesday that officials cannot know the "intentions in the hearts" of those involved. She also said the district isn't in a position to punish the students because they are protected by the First Amendment.

The photo of about 60 boys was taken outside the Sauk County Courthouse in Baraboo last spring. The parent who took the photographer said he simply asked the boys to wave goodbye to their parents before heading to prom.

Mueller's letter said part of the district's investigation is complete.