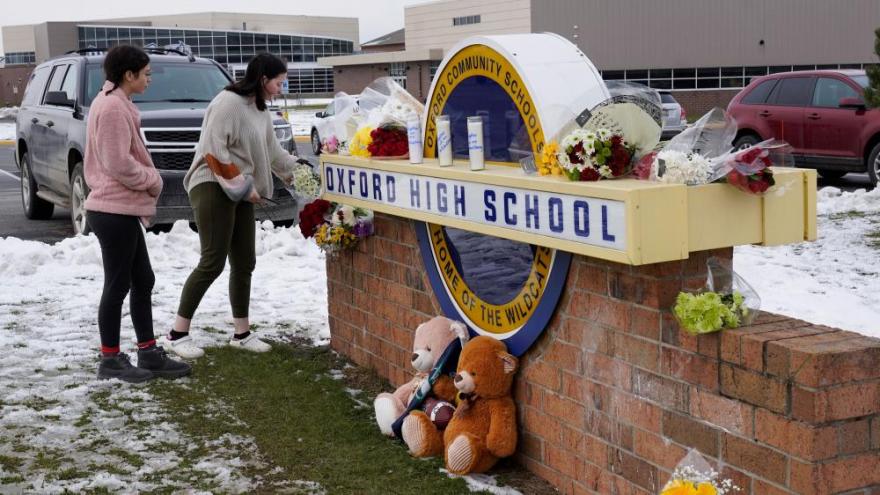 A lawyer says two lawsuits seeking $100 million each have been filed against a Michigan school district, its superintendent, principal and others after four students were fatally shot and others wounded at Oxford High School.

Attorney Geoffrey Fieger says the lawsuits were filed in federal court in Detroit on behalf of a student who was shot in the neck and wounded Nov. 30 and her sister, who was next to her at the time.

Named in the suits are the Oxford Community School District, Superintendent Timothy Throne, Oxford High School principal Steven Wolf and others. The Associated Press sent an email seeking comment from the district.

Ethan Crumbley, a 15-year-old sophomore, was arrested at the school and is charged as an adult with murder, terrorism and other crimes.