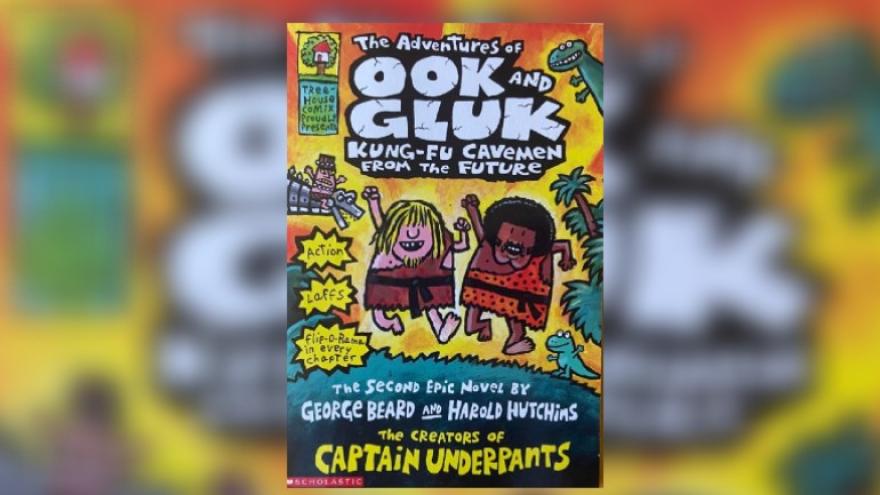 Toronto, Ontario (CTV Network) -- Scholastic says it has ceased publication of an illustrated children's book from the author of "Captain Underpants" due to themes of "passive racism."

The graphic novel, originally published in 2010 and called “The Adventures of Ook and Gluk: Kung-Fu Cavemen from the Future,” will no longer be distributed, according to a statement released by Scholastic.

“On Monday, March 22, 2021, with the full support of Dav Pilkey, Scholastic halted distribution of the 2010 book 'The Adventures of Ook and Gluk.' Together, we recognize that this book perpetuates passive racism," the publisher said in the statement.

“We are deeply sorry for this serious mistake. Scholastic has removed the book from our websites, stopped fulfillment of any orders (domestically or abroad), contacted our retail partners to explain why this book is no longer available, and sought a return of all inventory. We will take steps to inform schools and libraries who may still have this title in circulation of our decision to withdraw it from publication.”

Scholastic added, “Throughout our 100 year history, we have learned that trust must be won every day by total vigilance. It is our duty and privilege to publish books with powerful and positive representations of our diverse society, and we will continue to strengthen our review processes as we seek to support all young readers.”

“The Adventures of Ook and Gluk: Kung-Fu Cavemen from the Future" is a spin-off of the "Captain Underpants" series.

The book's author, Pilkey, issued an apology posted to YouTube on Thursday. The 45-second video shows a letter in which he admits the stereotypes in the book can be harmful to Asian readers.

“About ten years ago I created a book about a group of friends who save the world using kung-fu and the principles found in Chinese philosophy,” the letter reads.

He said that although his intentions were to showcase diversity, he acknowledges the book’s “harmful stereotypes” and “passively racist imagery.”

Pilkey stated that the decision to pull the book from the publication was mutual and it was a shared responsibility between the author and publisher. The book will also be removed from libraries and store shelves.

“I hope that you, my readers, will forgive me, and learn from my mistake that even unintentional and passive stereotypes and racism is harmful to everyone. I apologize, and I pledge to do better,” according to the letter.

Pilkey signs the letter before the video ends.

This comes following a disturbing surge of anti-Asian hate, including physical assaults against children and elderly people being spat on, according to a recent Canadian report that breaks down the types of attacks that have increased during the COVID-19 pandemic.

“The Adventures of Ook and Gluk” is only one of several children’s books that have recently been removed from publication over racist undertones including six Dr. Suess books.

In a postscript to the video, Pilkey said that he will be donating the royalties from the sales of “The Adventures of Ook and Gluk” to various organizations including We Need Diverse Books, The AAPI, and TheaterWorks USA.