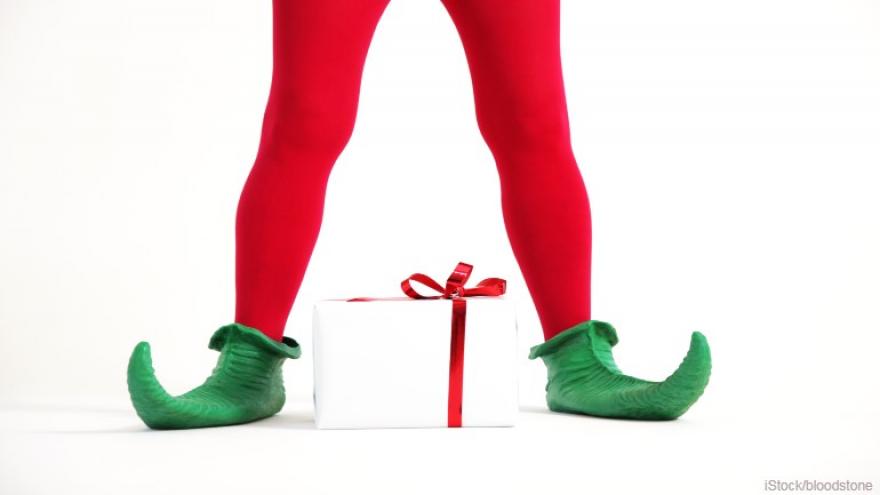 BOSTON (AP) — The story of Buddy the Elf meeting his biological father has come to life, just in time for the holidays.

Doug Henning of Eliot, Maine, wore a costume to look like Will Ferrell in the movie "Elf" while meeting his father face to face for the first time last week at Logan Airport in Boston.

He even broke into the same awkward song from the movie. Henning told Boston.com that his biological father "probably thought I was a lunatic."

The dad didn't get the joke because he hadn't seen the movie, but that didn't stop him from giving his son a big hug.

Other family members laughed and cheered.