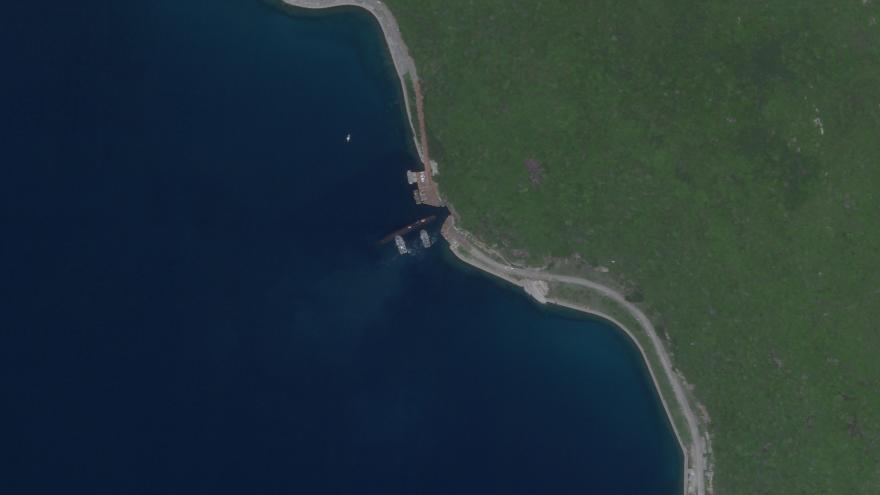 (CNN) -- Military watchers across the internet were provided with a rare sight after photos circulated this week that appear to show a Chinese submarine using an underground base on Hainan Island on the South China Sea.

The satellite image from American imaging company Planet Labs, first posted on the social media accounts of Radio Free Asia, shows what appears to be a Type 093 nuclear-powered attack submarine entering a tunnel to an underground berth on Yulin Naval Base.

It immediately drew comparisons to what might be seen in a spy movie, with one Twitter user just posting the words "Bond, James Bond" in reaction to the photo. Others made reference to the fictional Nautilus, from Jules Verne's novel "20,000 Leagues Under the Sea."

Drew Thompson, a former United States Defense Department official now at the Lee Kuan Yew School of Public Policy at the National University of Singapore, says the shot of the submarine is a rare occurrence. 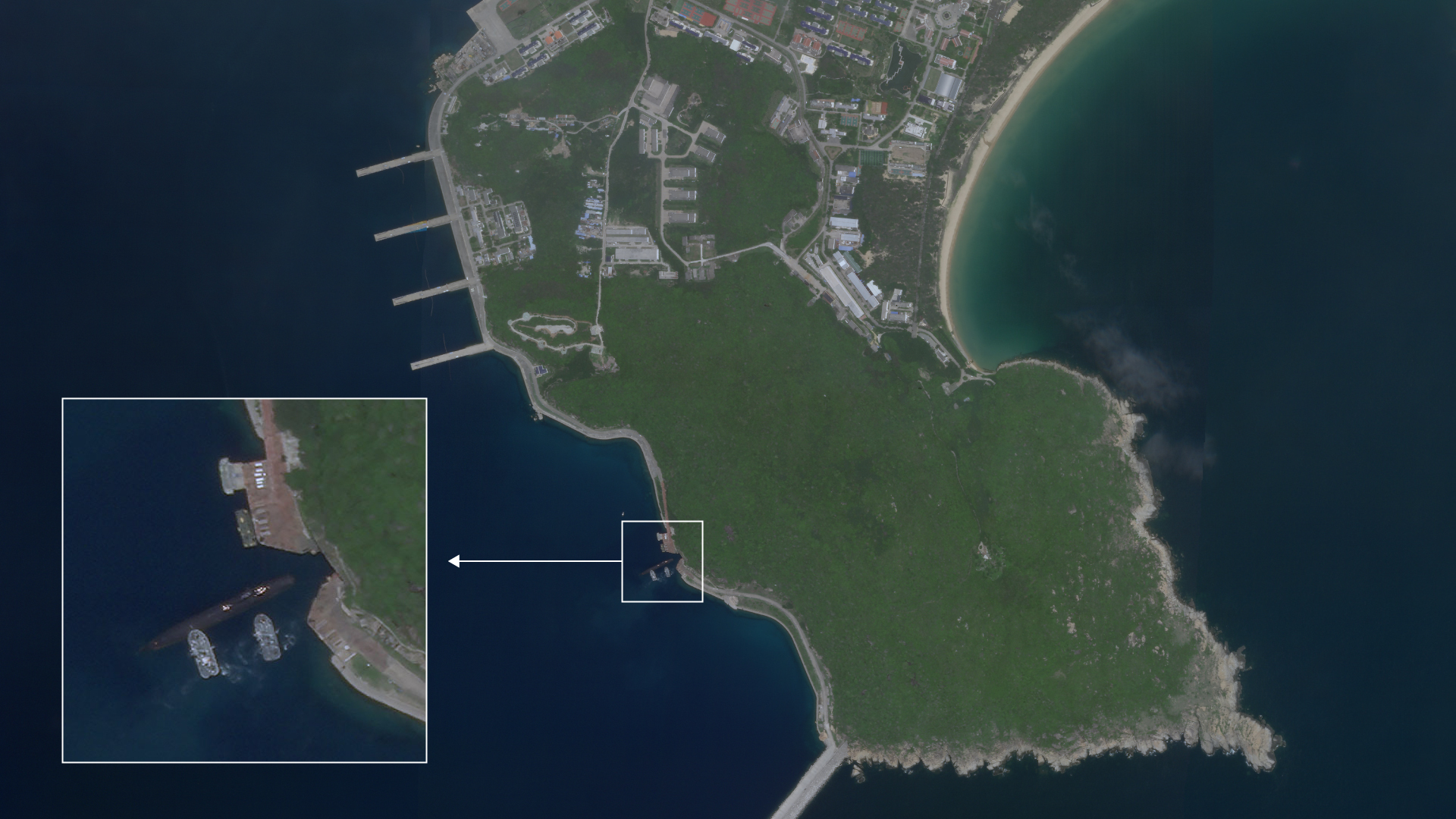 "That's unusual that a commercial satellite would be overhead at just the right time" on a cloudless day, he said.

What's not unusual is the Chinese underground base. It's how Beijing conceals a lot of its military hardware, from submarines to missile systems based far inland, Thompson said.

"The Chinese have tremendous experience building underground facilities," Thompson said. "It's in keeping with their strategic culture."

But the Chinese shorelines get particular attention. "They have an ingrained sense of the acute vulnerability of their coastline to attack," Thompson said.

CNN has reached out to Chinese authorities for comment on the images.

The Yulin base, on the southern end of Hainan Island almost 300 miles (470 kilometers) southwest of Hong Kong, is one of China's key facilities to protect its naval assets.

As for the submarine, Thompson said its presence at the base doesn't send any particular signal about the People's Liberation Army Navy.

"The bottom line is they have a large and growing submarine fleet which is improving in quality," he said.

"They are able to protect it with underground facilities."

And keep the submarines out the sight of prying eyes.

At least once this year, on May 15, the US Navy sent one of its P-8A Poseidon intelligence and reconnaissance jets on a flight near the Yulin base, Navy spokesperson Reann Mommsen confirmed to CNN.

"That's the job of naval intelligence," said Thompson. "Watching an adversary is a daily effort."

And tunnels can make that frustrating for US military planners, said Carl Schuster, a former director of operations at the US Pacific Command's Joint Intelligence Center.

"You have no evidence of (the submarine's) combat readiness, operational response times and availability," he said. "Tunnels blind potential opponents to the submarines' operating status and patterns, denying them the ability to determine the state of China's military preparations, knowledge critical to assessing China's intentions and plans."

As for the submarine itself, if it is one a Type 093, it would be one of as many as six in the Chinese fleet, according to the nonprofit Nuclear Threat Initiative.

The Type 093 comes in three versions and can be armed with torpedoes and cruise missiles, it said.