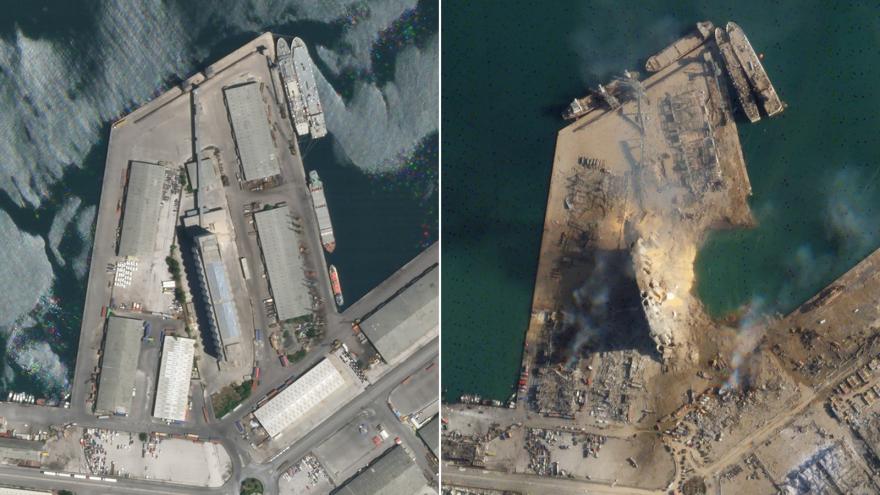 (CNN) -- Satellite images, obtained by CNN from Planet Labs Inc., show a massive crater at the site of Tuesday's explosion in Beirut's port.

The images show nearly every building has either sustained significant damage or has been been destroyed by the blast.

(If the images above are not displaying properly, click here.)

Massive grain silos that sit in the middle of the peninsula are still standing. A large, water-filled crater has replaced the ground where two port buildings stood.

Every building to the immediate south of the port appears to have sustained significant damage. Some barely have their framework still standing and others have been reduced to rubble.

Damage from the explosion reached a peninsula directly east of the blast site. Not only has a building there been blown away, but a boat in front of it appears to have been blown onto its side.

In an adjoining neighborhood to the east there appears to be roof damage as well.

Further west of the site of the explosion more port buildings appear to have suffered significant roof damage.

The explosion killed dozens, injured thousands and blew out windows in buildings across Lebanon's capital city.

The blast created a huge mushroom cloud and shockwave that was felt as far away as Cyprus, about 150 miles away. It registered as a magnitude 3.3 earthquake.