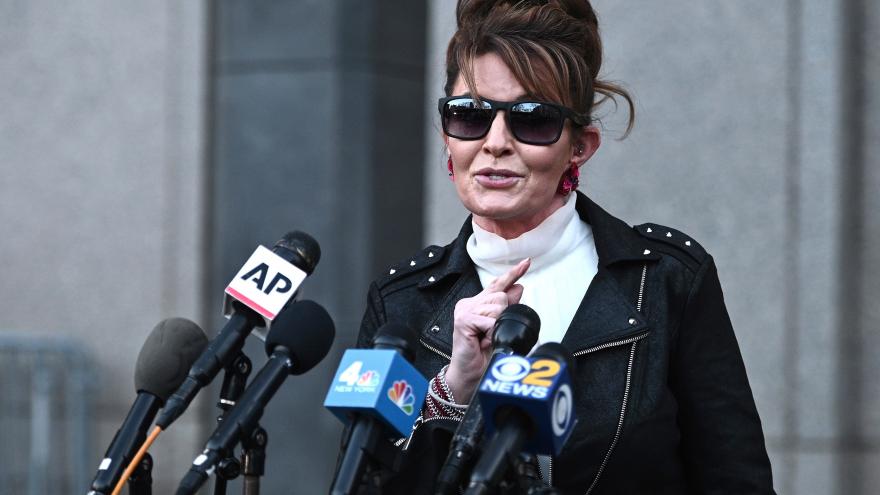 (CNN) -- Former Alaska Gov. Sarah Palin announced on Friday that she is running for Congress, seeking to fill the state's lone US House seat after the death of longtime Rep. Don Young.

Palin, the Republican vice presidential nominee in 2008 and a conservative firebrand who helped stoke the anti-establishment sentiment that has engulfed the party since she ran alongside the late Sen. John McCain years ago, said in a statement that she planned to "honor" the nearly five decades Young served in Congress by "offering myself up in the name of service to the state he loved and fought for."

"America is at a tipping point," she said. "As I've watched the far left destroy the country, I knew I had to step up and join the fight."

Palin joins a crowded field of candidates to succeed Young, the longtime Alaska representative who died last month at age 88. Although she is years removed from her last electoral bid, she enters the race as a household name in the state.

In the general election the winning candidate will be determined by ranked-choice voting.

Since running for vice president, Palin has not sought any other elected office, even as the party has moved more towards the rhetoric that made her standout as a vice presidential pick.

In 2009, shortly after she and McCain lost to then-Sens. Barack Obama and Joe Biden, Palin resigned as Alaska governor, citing the pressure and financial restraints that came with a host of ethics complaints. Since then, Palin has gone on to be a staple on the Republican convention circuit, regularly appearing at large gatherings of Republican activists to lambast Democrats. And she has been a sought-after endorsement for some Republican hopefuls, including Donald Trump when he successfully ran for President in 2016.

Palin has teased a possible bid in recent media appearances.

"There is a time and a season for everything and if this season is one where I need a more official platform to have then, yeah, I'm going to throw my hat in the ring because we need people who have cojones," she told Fox. "We need people, like Donald Trump, who has nothing to lose, like me."