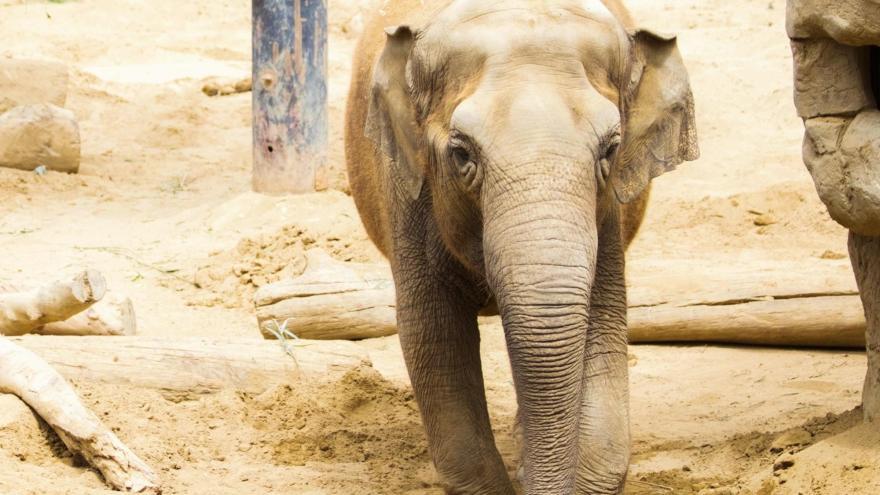 (CNN) -- Little Mac, Santa Barbara Zoo's last elephant, has been euthanized after a series of health issues, the zoo said.

The 48-year-old Asian elephant died Wednesday in her exhibit yard "surrounded by her keepers and other Zoo staff who have cared for her over the years," the zoo said in a statement published online.

After two weeks of a sharp decline in her health, the zoo decided to enter Little Mac into hospice care several days before her death.

"Unfortunately, we have been grappling with increasing medical problems that affect her health, behavior, and overall well-being." Dr. Julie Barnes, the zoo's director of animal care and health, said in a press statement before Little Mac's death. "We held out hope that she would bounce back, but her bad days now greatly outnumber her good days."

The zoo's beloved elephant suffered medical issues that were common in geriatric elephants, as well as some new problems, including gastrointestinal issues, weight loss, lowered activity levels, and a loss of appetite, according to the press release. She was also being treated for chronic arthritis.

Melinda Morgan-Stowell, a guest service manager at the zoo, told CNN Saturday that Little Mac was the last elephant the zoo will ever have.

Current regulations require far more room than the zoo has, so the zoo's elephant program and exhibit will be permanently closed, she said.