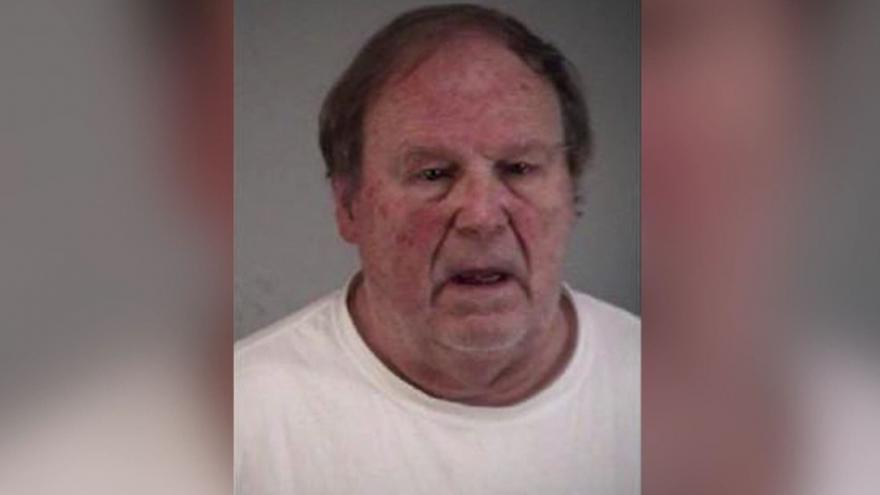 (CNN) -- A Florida man known for denying the Sandy Hook school massacre happened and for spreading conspiracy theories has been arrested, according to the Lake County Sheriff's Office.

Wolfgang Halbig, 73, of Sorrento, is charged with the unlawful possession of the personal identification of Leonard Pozner, whose 6-year-old son, Noah, died in the December 2012 shooting, according to the Lake County, Florida, arrest record.

Halbig has contacted victim family members since the shooting and "continued to harass them, asking questions and alleging the children involved are crisis actors," according to an affidavit of probable cause from the Lake County Sheriff's Office.

Halbig is also a defendant in a lawsuit filed against broadcaster Alex Jones and some of his associates for claiming that the shooting was fake.

The lawsuit accuses Halbig of creating conspiracy videos, harassing family members and others in Newtown and running websites about Sandy Hook. Halbig has previously denied the allegations in the defamation suit.

Pozner told the sheriff's office in October that Halbig had "continued to harass him over the internet," the affidavit said.

Halbig had obtained a copy of Pozner's identification information, including his social security number and birth date and released it to "hundreds of people," according to the affidavit.

According to jail records, Halbig was released on a $5,000 bond. He has an arraignment set for February 24.

CNN has attempted to reach Halbig and has not heard back. It was not immediately clear if Halbig has an attorney.

Twenty children and six adults were killed in the attack on the Newtown, Connecticut, school by 20-year-old Adam Lanza.