Sandra Bullock still 'embarrassed' she made this movie 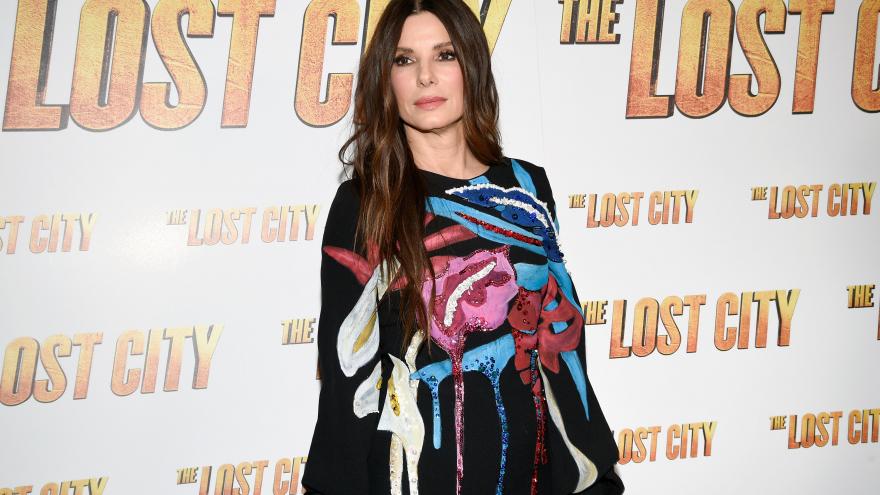 (CNN) -- Sandra Bullock has starred in plenty of hit movies, but there's one project she wishes she passed on.

The actress appeared with her "The Lost City" costar Daniel Radcliffe on TooFab where they were asked about a project in their past that embarrassed them.

Bullock mentioned the 1997 sequel to "Speed," saying it was basically a bore.

"You stumped me with the fans coming around later on (part of the question)," she said. "I have one no one came around to and I'm still embarrassed I was in. It's called 'Speed 2.' (I've) been very vocal about it. Makes no sense. Slow boat. Slowly going towards an island."

She even added she wished she wouldn't have done it.

"That's one I wished I hadn't done and no fans came around, that I know of," she said.

The film does have a cult following, though, which Bullock called "quiet."

"Very quiet," she said. "Like, almost, five people. Him and the other four 12-year-olds that were watching the slow boat going towards the tiny island."

"Speed 2: Cruise Control" follows Bullock's character, Annie, who tries to rescue everyone when when the cruise she's on is hijacked. Her "Speed" costar Keanu Reeves did not return for the sequel.