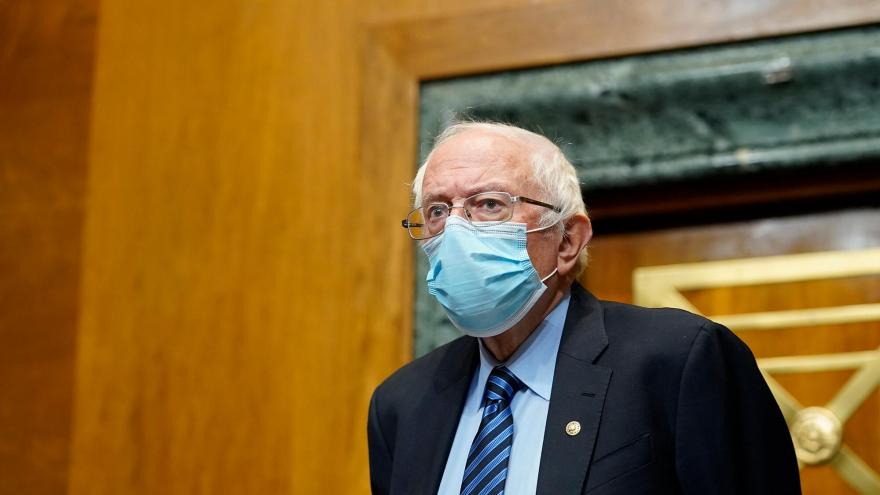 Independent Sen. Bernie Sanders will introduce a resolution on May 20 disapproving of the US sale of $735 million in precision-guided weapons to Israel, according to a draft obtained by CNN.

(CNN) -- Independent Sen. Bernie Sanders will introduce a resolution on Thursday disapproving of the US sale of $735 million in precision-guided weapons to Israel, according to a draft obtained by CNN.

The sale of the precision-guided weapons was approved by the Biden administration before the latest outbreak of violence between Hamas and the Israeli government.

Sanders is the first member of the Senate Democratic caucus to take the extra step to formally disapprove of the sale. Others like Sen. Brian Schatz have expressed concerns about the arms deal, but Foreign Relations Chairman Bob Menendez told reporters earlier this week he was inclined to back it.

The Washington Post was the first to report that Sanders would introduce the legislation.

Israel has been the largest recipient of US foreign assistance since World War II and this sale is one small part of overall US military support. The US pledged to provide $38 billion in military aid to Israel from 2019 to 2028 in an agreement between the two countries in 2016.

Sanders' resolution comes a day after a group of House progressives Reps. Alexandria Ocasio-Cortez, Mark Pocan and Rashida Tlaib unveiled a resolution in the House to block the sale.

The effort is likely more symbolic than something that would result in the blocking of the deal but is the latest example of progressives putting pressure on the Biden administration to take a stronger position in the Middle East conflict.

The $735 million weapons sale to Israel is unlikely to be stopped by Congress, according to a source familiar with the matter told CNN Wednesday.

That's because this sale is going through an expedited congressional review process, which gives Congress a 15-day window to take action to stop the sale. The review process ended Wednesday and as there is a requirement for the committees of jurisdiction to act to block the bill, there's no chance of that happening. The window has basically closed, the source said.

The growing number of civilian deaths in Gaza is causing worry inside the White House as officials work the phones with partners in the region, but President Joe Biden has not called for a ceasefire, despite the Democrats' push for him to do so. In recent days, the President and officials on his national security team have routinely said that Israel has the right to defend itself.

Biden on Wednesday dramatically escalated his public pressure on Israeli Prime Minister Benjamin Netanyahu to end the fighting with Hamas that has stretched into a 11th day. The White House said Biden told Netanyahu "that he expected a significant de-escalation today on the path to a ceasefire" in the raging violence.