Sanders: All Democrat senators need to agree on framework of economic bill before House vote 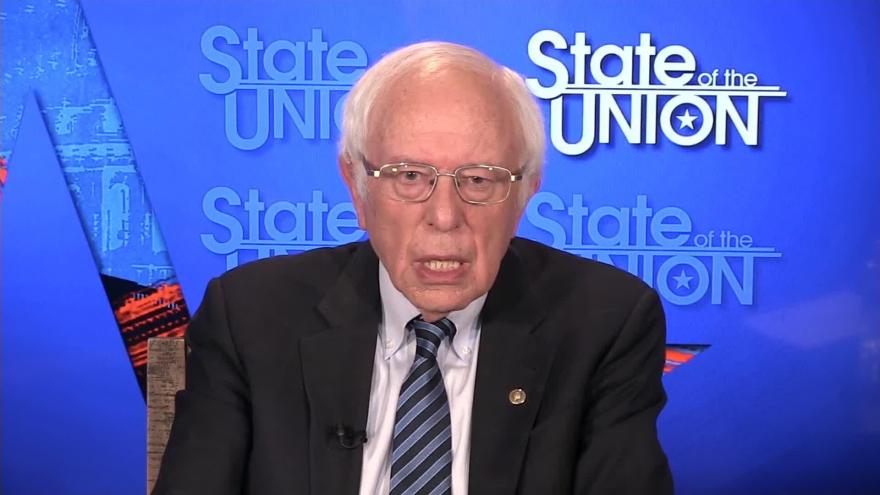 Senator Bernie Sanders said Sunday that all 50 Democrats in the Senate need to agree upon the framework on the massive economic bill before the House votes on the bill this week.

(CNN) -- All 50 Democrats in the Senate need to agree upon the framework on the massive economic bill before the House votes on the bill this week, Senate Budget Chairman Bernie Sanders said Sunday.

"I think there has got to be a framework agreed upon in the Senate that all of us know is going to be implemented before the members of the House vote," Sanders -- an Independent progressive who caucuses with Democrats -- told CNN's Dana Bash on "State of the Union." "You don't have to have all of the legislative language, but you have to have a statement which says A, B, C, D, and E is going to be in the package and 50 members of the Senate are supporting it."

The Vermont senator's remarks come after House Democratic leaders indicated they are aiming to get votes on both the $1.2 trillion infrastructure bill and the larger $1.75 trillion economic plan as soon as Tuesday. The schedule has not been finalized.

CNN previously reported that Democrats who have spoken with Arizona Sen. Kyrsten Sinema, a key holdout, believe she will ultimately support the economic bill, according to multiple sources with knowledge of the conversations. West Virginia Sen. Joe Manchin, the other key holdout, has not yet revealed much about his views on the proposal, but indicated to CNN last week that he was supportive of the $1.75 trillion price tag, higher than his initial top-line number.

Asked by Bash if the House should hold off on a vote until Manchin and Sinema agree to a framework, Sanders said, "Well, I think that the House is, I think we can put that together within the next short period of time."

"Look, this thing has dragged on forever," he said.

California Rep. Ro Khanna, a progressive House Democrat, said Sunday he'll vote for the economic bill and the bipartisan infrastructure bill on Tuesday when the bills potentially go to the House floor.

"The President has shown patient and extraordinary leadership. It's time for this party to get together and deliver," Khanna said on CBS' "Face the Nation," when asked if he would vote "yes" on both bills.

When asked about Sanders' comments to CNN on trying to add more provisions into the legislation, Khanna said he still expects a vote on Tuesday.

"I'm a yes, progressives will be a yes, we're working to get all of this in," he said.

Democratic leaders tried to call for a vote for the bipartisan infrastructure bill following President Joe Biden's visit with the caucus on Thursday but couldn't generate enough support.