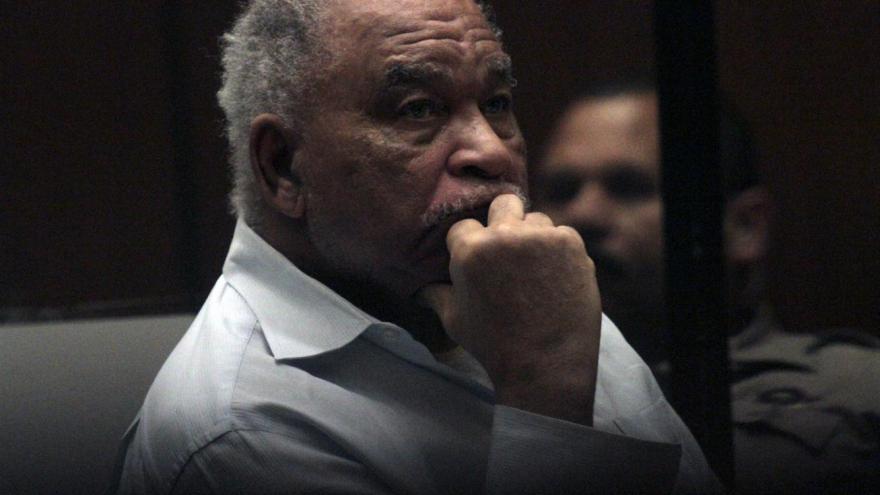 Samuel Little, who died Wednesday, listens to opening statements at his 2014 trial in Los Angeles.

(CNN) -- Samuel Little, believed to be the most prolific serial killer in American history, has died at age 80, the California Department of Corrections and Rehabilitation said Wednesday.

Little had been serving three consecutive life-without-parole sentences from Los Angeles County for the deaths of three women that occurred in the late 1980s.

However, he had confessed to 93 other murders, according to the FBI, which said his admissions were "credible."

His gruesome trail of murders was disclosed in a report issued in November 2018 by the FBI. The agency said that his name popped up in their Violent Criminal Apprehension Program, known as ViCAP, in connection with a series of unsolved murders across the country.

One killing in Odessa, Texas, appeared to be particularly relevant, so two FBI crime analysts and James Holland of the Texas Rangers went out to see Little to try to get him to talk.

"Over the course of that interview in May," ViCAP crime analyst Christina Palazzolo said in an FBI article, "he went through city and state and gave Ranger Holland the number of people he killed in each place. Jackson, Mississippi -- one; Cincinnati, Ohio -- one; Phoenix, Arizona -- three; Las Vegas, Nevada -- one."

Little targeted marginalized and vulnerable women who were often involved in prostitution or addicted to drugs, the FBI article said. Palazzolo and Angela Williamson, a Justice Department senior policy advisory and ViCAP liaison, who both spoke to Little, said that he remembered great detail from the killings.

The FBI said in October 2019 that law enforcement has been able to verify 50 confessions, with many more pending final confirmation.

In September 2012, Little was arrested at a Kentucky homeless shelter and extradited to California, where he was wanted on a narcotics charge, the FBI said. Once he was in custody, Los Angeles Police Department detectives obtained a DNA match to Little on the victims in three unsolved homicides from 1987 and 1989 and charged him with three counts of murder, the FBI said.

The victims, all women, had been beaten and then strangled, and their bodies were dumped in an alley, a dumpster and a garage, the FBI said. He pleaded his innocence but was convicted in 2014, the FBI said.

On Wednesday, the California Department of Corrections said Little was pronounced dead at 4:53 a.m. at an unnamed outside hospital, adding that cause of death would be determined by the LA County Medical Examiner's Office.