Salem mayor on Trump's claims about witch trial due process: 'Learn your history' 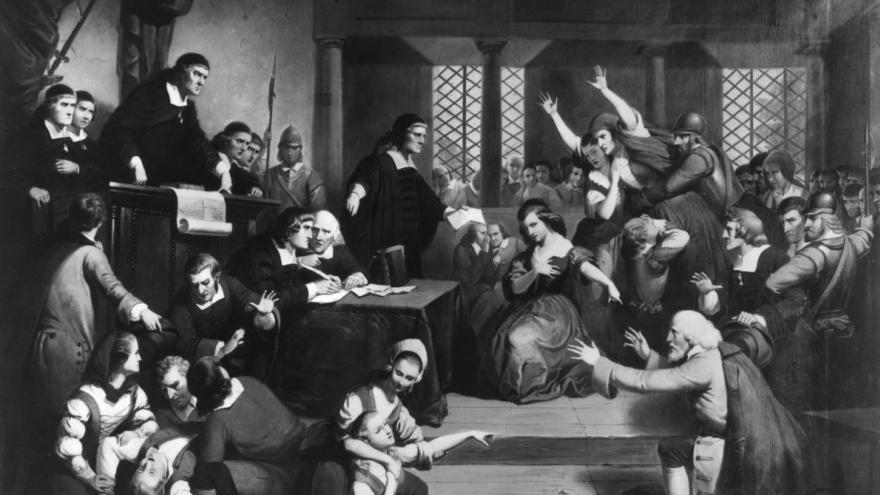 The mayor of Salem, Massachusetts, told President Donald Trump on December 17, 2019, to "learn some history" after he claimed that the people accused in the Salem witch trials had received more due process than he has gotten in the impeachment inquiry.

(CNN) -- The mayor of Salem, Massachusetts, told President Donald Trump on Tuesday to "learn some history" after he claimed that the people accused in the Salem witch trials had received more due process than he has gotten in the impeachment inquiry.

Mayor Kim Driscoll pointed out on Twitter that the Salem witch trials that occurred in 1692 included the "absence of evidence" when "powerless, innocent victims" were hanged or pressed to death.

Driscoll noted that in Trump's case, the accused is among the most powerful and privileged people in the world, and she said the case involves "ample evidence" and "admission of wrongdoing."

"Will they ever learn some history? This situation is much different than the plight of the witch trial victims, who were convicted using spectral evidence + then brutally hanged or pressed to death. A dubious legal process that bears no relation to televised impeachment," Driscoll said on Twitter.

In a letter to House Speaker Nancy Pelosi on Tuesday, Trump excoriated the Democrats' impeachment inquiry, claiming that "(m)ore due process was afforded to those accused in the Salem Witch Trials," and accusing Pelosi of portraying a "false display of solemnity" during the impeachment process. Trump has yet to face trial in the Senate; the House is expected to vote on impeachment on Wednesday.

This is not the first time the President has deployed a defense evoking the witch trials. Throughout special counsel Robert Mueller's investigation, Trump called the inquiry a "witch hunt," and Mueller later rebutted Trump's claim in congressional testimony.

In the late 1600s, 19 innocent men and women were killed after being accused of witchcraft in Salem through a judicial process that did not use the principle of "innocent until proven guilty." The courts relied on three types of evidence: confession, the testimony of two eyewitnesses to acts of witchcraft, and evidence gleaned from dreams and the supernatural (called spectral evidence). Based on this "evidence," the men and women were hanged or crushed by rocks.

Trump is not technically entitled to due process protections through the House impeachment proceeding, as it is an investigative process rather than a trial. The President would have significantly more due process rights during a Senate trial. Trump also has chosen not to participate thus far, by instructing witnesses who have been subpoenaed not to testify and by not sending legal representatives to House Judiciary Committee hearings when they were invited.

One major difference between the Salem witch trials and the impeachment inquiry into Trump is that the evidence House leaders are using to mount their case includes real world events and testimony from witnesses and experts. In many cases during the witch trials, there was no way for the accused to clear their names and evidence was collected through means that would never be accepted in a modern court of law.

Additionally, sorcery is not being used as evidence in the impeachment inquiry, and the sentence is not death.