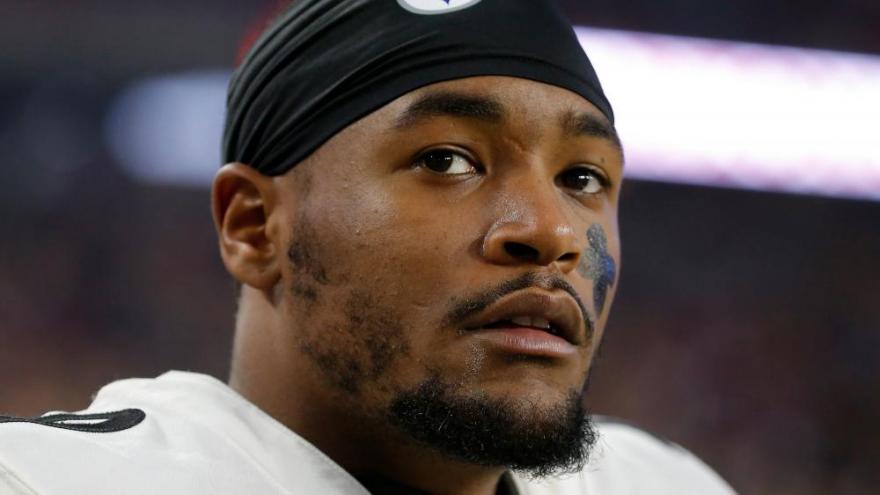 Pittsburgh Steelers safety Kameron Kelly is seen during a game against the Arizona Cardinals on Sunday, December 8, 2019.

(CNN) -- The Pittsburgh Steelers waived safety Kameron Kelly on Friday, hours after he was arrested for an alleged altercation with police officers at a Pittsburgh bar.

Kelly, 23, faces two charges of making terroristic threats and one charge of resisting arrest, according to the criminal complaint.

The Steelers confirmed they had waived Kelly in a news release and said they were promoting safety Marcus Allen from the practice squad.

According to the criminal complaint, an employee at Mario's Southside Saloon told a Pittsburgh police officer that Kelly was being disorderly. When the officer told Kelly to leave, he became confrontational, the document says. The officer was working security at the bar, which had been approved by the department, the complaint says.

The two went outside, the officer writes in the complaint, at which point he learned Kelly had threatened the bar employee after a song he picked was skipped over on the jukebox.

The officer then accidentally stepped on a woman's foot, the complaint says. Kelly said the woman was "his girl" and then pushed his chest into the officer's and threatened him, the complaint alleges.

Several other police officers tried to pull Kelly away while the officer attempted an arrest, the document states.

A struggle ensued while officers told Kelly to stop resisting, the complaint says. A crowd gathered around, and out of concern for the officers' safety, the officer says, he punched Kelly in the face multiple times. Kelly rolled over and put his hands around his head and officers handcuffed him.

Kelly was taken to a hospital to be treated for a busted lip, the complaint says, and then taken to the Allegheny County Jail.

The officer later learned Kelly had previously caused altercations with the bar's staff, the complaint says.

An attorney for Kelly, Robert G. DelGreco Jr., said Kelly has "no history of defiant or assaultive behavior in his past."

"To be sure," DelGreco said in a statement to CNN, "he regrets the unfortunate situation in which he finds himself relative to his arrest as well as his waiver by the Pittsburgh Steelers."

CNN has contacted the Steelers and is awaiting comment from the team.

Kelly signed with the Steelers in April as a free agent. He previously played for the San Diego Fleet in the now-defunct Alliance of American Football. That league folded in the spring.

Kelly played college football at San Diego State University and was signed by the Dallas Cowboys as an undrafted free agent in 2018. The Cowboys released Kelly in September of that year.

According to the Steelers, Allen was drafted by the team in the fifth round of the 2018 NFL Draft. He played in two games and was on the active roster for that season. He was released earlier this year and spent the entire season on the practice squad.