Safety board urges updates to study after explosion 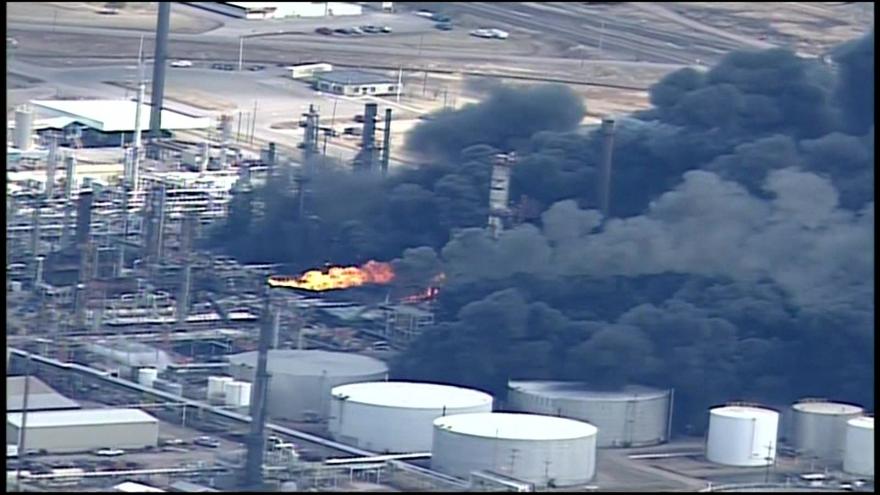 MADISON, Wis. (AP) — The U.S. Chemical Safety Board wants federal regulators to re-examine a 1993 study on hydrofluoric acid after an explosion at a Superior oil refinery last year.

The board sent a letter Wednesday to the U.S. Environmental Protection Agency asking the agency to review the study to determine the effectiveness of existing regulations and the viability of using safer technologies in refineries, Wisconsin Public Radio reported.

Hydrofluoric acid, also known as hydrogen fluoride, is a highly toxic chemical that can cause serious injury or death at a concentration of 30 parts per million. The chemical is used in about 50 of the nation's approximately 150 oil refineries.

An April 2018 explosion at the Husky Energy refinery in Superior sent debris within 150 feet of the refinery's hydrofluoric acid tank, forcing a large part of the city to evacuate. A similar blast occurred at the ExxonMobil refinery in Torrance, California, in 2015.

The safety board's interim executive, Kristen Kulinowski, said the board has found failures in application of safety standards and the standards didn't anticipate the hazards that may exist at sites.

"We would like to see the protective action taken before we have to suffer some terrible tragedy, and we're hoping that EPA agrees and takes a fresh look at (hydrofluoric acid), the risk management plans and potentially safer alternatives," Kulinowski said.

An EPA spokeswoman said the agency is reviewing the board's request.

Husky spokesman Mel Duvall said the company appreciates the board's efforts. He stressed the Superior blast didn't release any hydrofluoric acid and the refinery has already installed additional protective measures. The company also plans to add a rapid transfer system that can move the chemical to another holding tank in the event of a release and enhance leak detection efforts.