Ruth Bader Ginsburg to be awarded this year's Liberty Medal 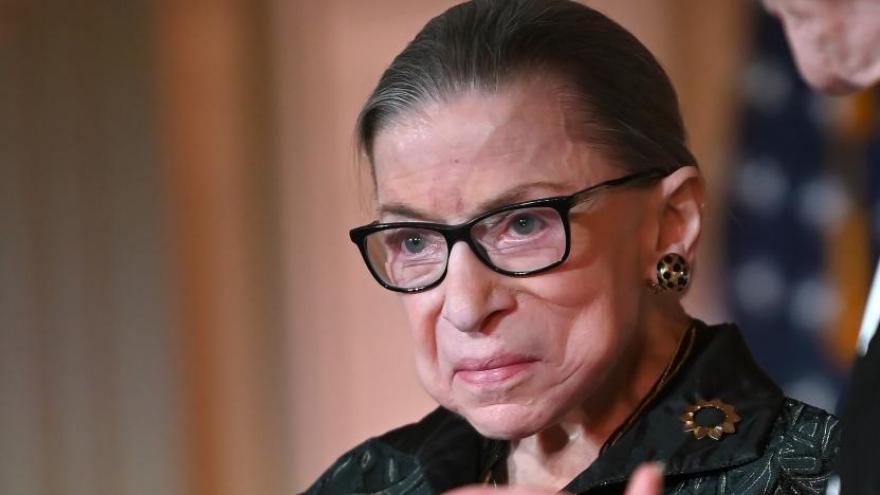 Supreme Court Justice Ruth Bader Ginsburg has been selected as this year's recipient of the National Constitution Center's Liberty Medal.

The Philadelphia center said Wednesday that Ginsburg, 87, would be awarded the medal "for her efforts to advance liberty and equality for all." It plans to honor her through a video tribute September 17, Constitution Day.

It is unclear whether Ginsburg will be present to accept the award. The court did not immediately respond to a request for comment from CNN.

The center made its announcement on Women's Equality Day, which commemorates the hard-fought victory of the women's suffrage movement. August 26, 2020, was also the 100th anniversary of the ratification of the 19th Amendment, which guaranteed women the right to vote.

The center noted that this year's ceremony will be the "pinnacle" of its yearlong initiative to celebrate women's equality and leadership and the 100-year milestone.

Ginsburg has spent her life fiercely advocating for women's rights and gender equality, using her sharp arguments and notable dissents to fight back on issues surrounding gender discrimination, abortion and reproductive rights.

Ginsburg's age and medical history make her health the subject of widespread interest. She announced in July she was undergoing chemotherapy to treat a recurrence of cancer and that the treatment was yielding "positive results," adding that she remains "fully able" to continue serving on the court.

The Liberty Medal was established in 1988 and honors those "of courage and conviction who strive to secure the blessings of liberty to people around the globe," according to the center's website. Some of its recipients include former Presidents Bill Clinton and George H.W. Bush, Nelson Mandela and Malala Yousafzai.

Ginsburg isn't the first Supreme Court justice to receive the honor. Sandra Day O'Connor, the first woman to serve on the nation's highest court, received the Liberty Medal in 2003.