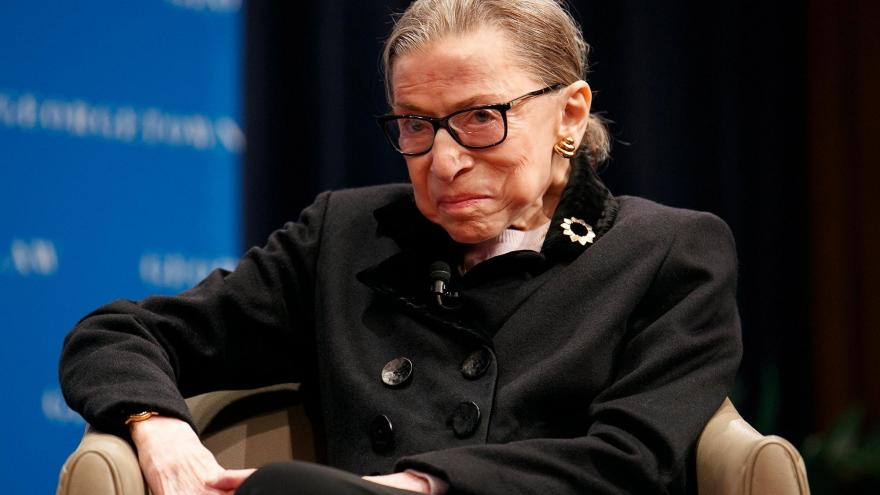 Justice Ruth Bader Ginsburg was released from the hospital and is home after having experienced chills and a fever, the Supreme Court announced Sunday.

(CNN) -- Justice Ruth Bader Ginsburg was released from the hospital and is home after having experienced chills and a fever, the Supreme Court announced Sunday.

"She is home and doing well," A court spokeswoman said.

Ginsburg, 86, was initially evaluated at Sibley Memorial Hospital in Washington, DC, before being transferred to Johns Hopkins Hospital in Baltimore Friday night for treatment of any possible infection. The high court said Saturday that Ginsburg's symptoms had abated after receiving IV antibiotics and fluids.

Her hospital trip came just days after Ginsburg returned to the bench after missing a day in court due to a stomach bug. On Friday, Ginsburg had participated in the regular closed-door conference with other justices, according to a court spokeswoman.

A four-time cancer survivor, Ginsburg has had a lengthy history of medical issues. In August, she was treated for pancreatic cancer, and last fall, nearly two months before she underwent surgery to remove the cancerous nodules, the liberal justice received treatment for three ribs she fractured during a fall in her office.

Ginsburg's health has become a recurring issue as the court grapples with wide-reaching cases that can transform American law. Since coming to office, President Donald Trump has made two appointments, Neil Gorsuch in 2017 and Brett Kavanaugh in 2018, deepening the conservative tilt.

Ginsburg said earlier this year she'll "stay on the job" as long as she can "do it full steam."

"I was OK this last term. I expect to be OK next term," she said. "And after that we'll just have to see."