Russia's Gazprom says it has stopped gas supplies to Latvia 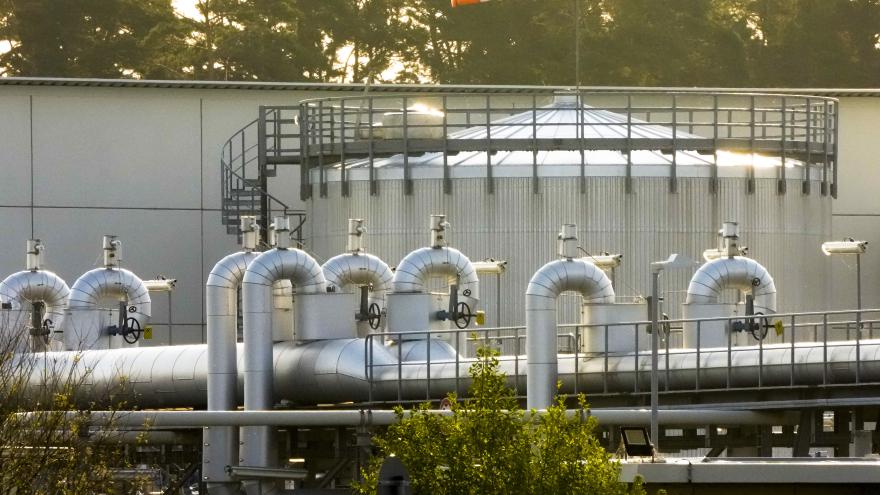 The announcement is the latest escalation in the energy dispute between Russia and the European Union. Gazprom had already cut off annual gas supplies to customers in at least six European countries, namely Poland, Bulgaria, Finland, Denmark, Germany and the Netherlands, because they failed to make payments in rubles.

Moscow has been demanding payments in rubles in retaliation to sanctions imposed on Moscow by Western countries over its war on Ukraine.

The sanctions have frozen big chunks of Russia's foreign reserves and cut its financial institutions from the international banking system. By insisting on ruble payments, Moscow is essentially forcing Europe to buy its currency.

The announcement from Gazprom came just a day after Latvian energy firm Latvijas Gaze announced it was purchasing gas from neighboring Russia, adding it was not buying from Gazprom and that it was paying in euros.

Earlier this month, the Latvian parliament voted in favor of a proposal to ban Russian gas supplies starting January 2023.

The pipeline, which delivered about 35% of Europe's total Russian gas imports last year, had been shut for 10 days for routine maintenance work. When imports resumed last week, gas was flowing through Nord Stream 1 at 40% of its total capacity.

The move prompted Germany to declare a "gas crisis" and activate the second phase of its three-stage gas emergency program, taking it one step closer to rationing supplies to industry

The EU, of which Latvia is a member, agreed last week to reduce natural gas demand by 15% this winter to save gas "in order to prepare for possible disruptions of gas supplies from Russia."

However, the bloc has watered down its ambitions by offering countries some significant leeway. The EU will exempt countries that are not interconnected to other members' gas networks from the 15% target, as "they would not be able to free up significant volumes of pipeline gas to the benefit of other member states," the EU Council said in a press release.