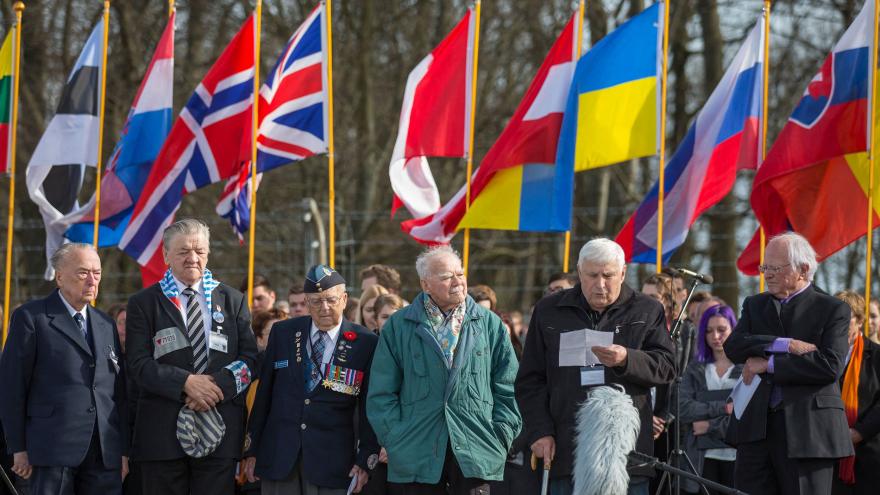 (CNN) -- A 96-year-old Holocaust survivor, Borys Romanchenko, was killed Friday by a Russian strike on the Ukrainian city of Kharkiv.

Romanchenko's death was confirmed by the Buchenwald concentration camp memorial institute in a series of tweets.

Romanchenko survived the camps at Buchenwald, Peenemünde, Dora and Bergen-Belsen during World War II, the memorial said, adding that it was "stunned" by news of his death.

It said Romanchenko worked "intensively on the memory of Nazi crimes and was vice-president of the Buchenwald-Dora International Committee."

Yulia Romanchenko, Borys' granddaughter, told CNN that she "learned about the shelling of Saltivka residential district on March 18 from social networks. I asked locals if they knew anything about my grandfather's house. They sent me a video of a burning house. I found out about this after the curfew and therefore I could not go there immediately."

By the time Yulia managed to get to the area, she found her grandfather's house "completely burned down -- there were no windows, no balcony, nothing in his apartment."

The discovery of Buchenwald, on April 11, 1945, began the liberation of more than 21,000 prisoners from one of the largest Nazi concentration camps of World War II.

The official US military account of the liberation called the camp "a symbol of the chill-blooded cruelty of the German Nazi state," where thousands of political prisoners were starved and "others were burned, beaten, hung and shot to death."

In 2012, Romanchenko attended an event commemorating the liberation of Buchenwald, where he read an oath devoted to "creating a new world where peace and freedom reign," the memorial said.

In 2018, a Kharkiv newspaper reported on his visit to Buchenwald on the 73rd anniversary of the camp's liberation by US forces.

"The event was attended by the last surviving Buchenwald prisoners from Ukraine and Belarus -- Borys Romanchenko from Kharkiv, Oleksandr Bychok from Kyiv and Andriy Moiseenko from Minsk," the report said.

Andriy Yermak, head of the Office of the President of Ukraine, addressed Romanchenko's death on his Telegram account.

"This is what they call the 'operation of denazification,'" he said, alluding to Russia's claim that its invasion of Ukraine is designed to save the country from Nazi elements.

The northeastern city of Kharkiv has been subject to heavy missile and rocket attacks since the Russian invasion began but is not yet completely surrounded, Ukrainian officials said Monday.