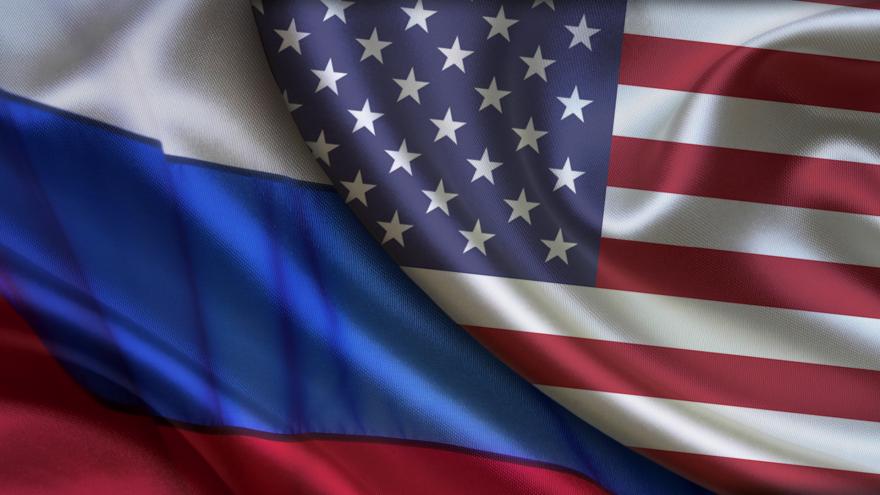 MOSCOW (CBSNews) -- Russia's government slammed as "unacceptable" on Thursday new U.S. sanctions against Moscow. The U.S. State Department announced the new punitive measures on Wednesday for the Kremlin's alleged involvement in a nerve agent attack in Britain, saying the U.S. had made the determination this week that Russia used the Novichok nerve agent to poison former Russian intelligence officer Sergei Skripal and his daughter, Yulia.

Russia has vehemently denied any involvement in the poisoning.

Kremlin spokesman Dmitry Peskov said Russia "still retains hopes of building constructive relations with Washington," but that President Vladimir Putin's regime considers "categorically unacceptable the linking of new restrictions, which we as before consider illegal, to the case in Salisbury."

"Once again we deny in the strongest terms the accusations about the possible connection of the Russian state to what happened in Salisbury. This is out of the question. Russia did not and does not have, and could not have, any connection to the use of chemical weapons. What's more, we cannot even say for sure what exactly and how it was used in Britain, since we don't have any information or any response to our proposal for a joint investigation with Britain into this incident, which concerns us greatly. So linking these events is unacceptable to us, and just as with previous U.S. sanctions we believe are absolutely illegal and against international law," Peskov told reporters.

The U.S. State Department said Wednesday that Congress had been notified and that the new sanctions would go into effect on Aug. 22. They aim to deny Russian state-owned and state-funded enterprises access to any national-security-sensitive goods and technologies originating in the U.S.

The U.S. will also ban Russia from receiving U.S. weapons or military technology and financial assistance. State Department officials told reporters on a call that the economic impact of the sanctions would be in the range of "hundreds of millions of dollars" and would target electronic devices and engines, for example.

There could also be a second round of sanctions that would be "more draconian" than the first round, the officials said. Russia would be subjected to new sanctions unless it agreed not to use chemical or biological weapons against its own citizens, the State Department said.

"Following the use of a 'Novichok' nerve agent in an attempt to assassinate U.K. citizen Sergei Skripal and his daughter Yulia Skripal, the United States, on August 6, 2018, determined under the Chemical and Biological Weapons Control and Warfare Elimination Act of 1991 (CBW Act) that the Government of the Russian Federation has used chemical or biological weapons in violation of international law or has used lethal chemical or biological weapons against its own nationals," Nauert said Wednesday. "Following a 15-day Congressional notification period, these sanctions will take effect upon publication of a notice in the Federal Register, expected on or around August 22, 2018."

Skripal and his daughter were poisoned at their home in Salisbury, England, in March. Skripal was a former Russian spy who worked as a double agent for British intelligence. He was imprisoned in Russia, but was exchanged with Britain in a 2010 spy swap. The United Kingdom blamed Russia for the attack, resulting in the expulsion of 150 Russian diplomats from the U.K., U.S. and other allies.

Two other British citizens fell ill due to Novichok exposure in late June in a town close to Salisbury. One of them, Dawn Sturgess, died eight days later. Investigators believe she found the substance in a discarded bottle and thought it was perfume.

President Trump met with Putin at a summit in Helsinki, Finland, in July, and was widely criticized by both Democrats and Republicans alike who accused Mr. Trump of being too conciliatory to Putin. As CBS News chief White House correspondent Major Garrett reports, the new sanctions were announced the same day Republican Sen. Rand Paul hand-delivered a letter from Mr. Trump to Putin, asking for "expanding dialogue."

The Kremlin acknowledged on Thursday Putin's office had received the letter, but Peskov suggested the Russian leader was yet to parse it.

Peskov highlighted on Thursday what he called the "unpredictability of Russia's partners across the Atlantic...you can expect anything from Washington," he told CBS News partner network BBC News, calling the U.S., "an unpredictable international player."